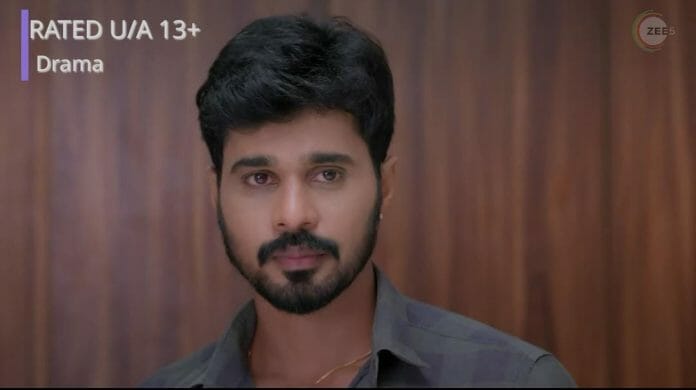 Zee Tamil’s daily soap Vidya No 1 is gearing up for more drama with Manasa getting jealous of Vidya.

In the previous episode it was seen that Sanjay looked for Vidya in the bus stop. He spotted her going in a bus. He stopped the bus and asked Vidya to come with him, but she refused. Sanjay forcibly dragged Vidya out of the bus. Vidya started to walk away. Sanjay told her that Chandramohan wanted to see her. Vidya stopped on hearing this and agreed to return home. Chandramohan got elated on seeing Vidya.

He said to Vidya that he couldn’t save her mother, who was like a sister to him and helped him. Vidya said that it wasn’t his fault. Chandramohan told everyone in the family that Vidya is daughter in law and everyone should speak to her with respect. Later Meghna challenged Vidya that she will throw her out of the house soon.

In the today’s episode it’s seen that Sanjay will express his gratitude to Vidya for returning home. Vidya will clear that she has returned only for Chandramohan. She will ask him to leave if he doesn’t have anything else to say. Sanjay will leave getting sad. Vedavalli will get doubtful when Vidya will correctly answer to the questions Chandramohan will ask her about Vidya and Childhood’s memories.

Later on Vedavalli will question Vidya about it. Vidya will say that Sanjay told her all this. Sanjay will agree with her. During dinner, Chandramohan will ask Manasa to get up to make space for Vdiya and he will feed food to her which will anger Manasa and Vedavalli.

What will happen next? Will Vedavalli find out Vidya’s real identity?