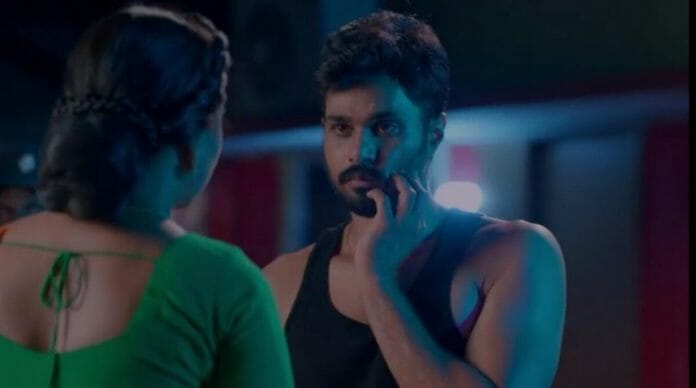 Zee Tamil’s daily soap Vidya No 1 is gearing up for more drama with Vidya and Sanjay getting arrested.

In the previous episode it was seen that Chandramohan got a costly diamond necklace for Vidya. Manasa got upset on seeing this. Meghna instigated Manasa more against Vidya. Later in the dinner table, Nila taunted Vidya and Sanjay indirectly about getting engaged when Vidya is already married and Sanjay watching this. Vidya got hurt. Vidya cried seeing her mother’s photo. She decided to go away to escape from the engagement.

She left the house in the night. She took an auto. But the auto driver took Vidya to some other place and tried to abuse her along with his friends. Sanjay came there in right time and saved Vidya. Vidya and Sanjay shared some light moment.

In today’s episode it was seen that Vidya and Sanjay got stopped by the police patrol team on their way. Sanjay said that Vidya is his wife after hesitation when the police enquired about their relation. Police got suspicious and took them to the police station. The inspector recognized Sanjay and informed Vedavalli that her son was in the station along with his wife. Vedavalli said that her son is unmarried and he may misunderstood someone else for Sanjay. But Vedavalli got suspicious on not finding Sanjay on his room.

She told the inspector she was coming. She reached police station with Vijay. She got shocked on finding Sanjay with Vidya and slapped him. Sanjay explained the circumstances in which he said her his wife. However Vedavalli was enraged because Sanjay said that Vidya, who is not suitable for him, as his wife. Vidya lost her cool and lashed out at Vedavalli for forcing her to get married against her wish.

What will happen next? Will Vedavalli stop Vidya’s marriage?