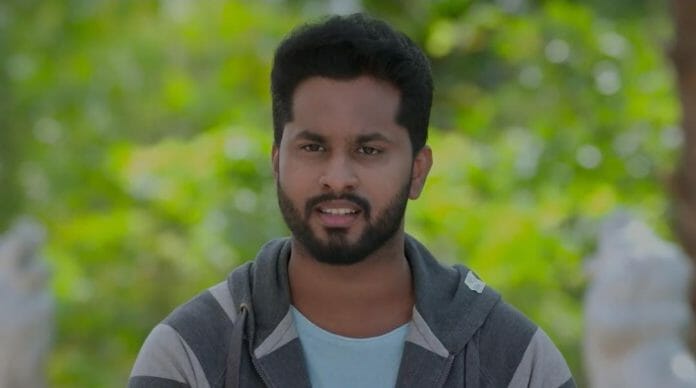 In the previous episode it was seen that Lila recollected the past. In the FB Chandramohan gave Lila Vidya’s mother’s jewelries and some money asking to use it for taking care of Vidya and her sister. However Lila hid it from Vidya. Lila was now scared that Sanjay might know this and he can tell Vidya the truth. Sanjay tried to talk to Suryaprakash about using his land for his business. But Suryaprakash shocked Sanjay asking him to marry Vidya. Sanjay refused saying Vidya isn’t suitable match for him. Suryaprakash asked him to rethink about it.

In today’s episode it’s seen that Lila slaps Vidya and asked where she has gone in the light. Vidya tells that she went to present a gift to Sanjay which rages Lila. The latter lashes out at Vidya. She wants to punish Vidya by burning her hand, but Lila’s son stops her. Even Vidya’s uncle gets disappointed with Vidya’s act and expresses it to Vidya. The next day Lila sends Vidya to get money from Ganesh and warns her to not talk with Sanjay. At Suryaprakash’s house, Sanjay calls Vidya maid. Vidya says that she’s not maid as she’s taking care of Suryaprakash considering him as her grandma. Later Vidya gets shocked learning from Ganesh that Suryaprakash pays Lila every month for Vidya’s work. Sanjay hears this and taunts Vidya. Sanjay says that Vidya should realize her position and be in her limits. Vidya confronts her about the same. Lila admits it and says that if she doesn’t get money, Vidya should go to Suryaprakash’s house.

What will happen now? What will Vidya do?