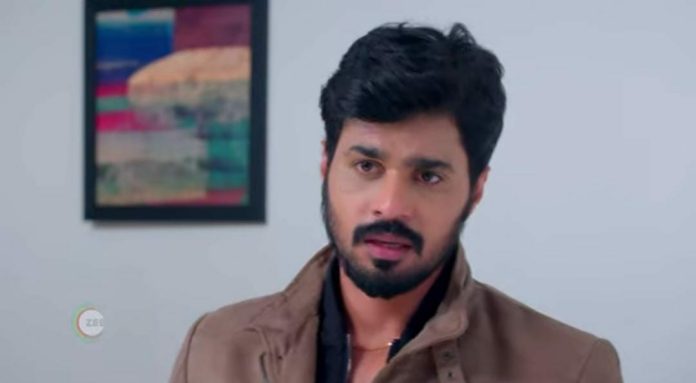 Zee Tamil much loved show Vidya No1 is gearing up for more drama with Vidya and Sanjay’s increasing bonding.

Previously it was seen that Vidya came to the mall to get a gift for Sanjay on his birthday. She saw a competition going on. she enquired the organizer about the competition. He said that girl should do 210 sit ups to win a ladie’s watch.

Vidya saw a men’s watch and wished to win it to gift Sanjay. She asked what to do to win that men’s watch. The man said that that competition is only for boys, one should hold the ice bars till all the ice bars melt. Vidya took part in that competition. She stood holding the ice bars. The crowd mocked and laughed at Vidya. The latter ignored it and kept her focus on the watch.

In the upcoming episode it will be seen that Vidya will win the competition and will get the men’s watch to gift to Sanjay. Later Sanjay will come to Vidya and will ask what she’s going to gift him. Vidya will tease Sanjay pretending that she forgot his birthday. Later she will tell that she’s going to present him a gift that she earned by her own.

Sanjay will notice that Vidya is having fever and her injury on her hands. She will enquire about it. Vidya will tell about participating in the competition to get a gift for him. Sanjay will scold Vidya and will tell her to not hurt herself again for him.

Sanjay will say that he has a special gift for her as well. Later Vidya will get sad on seeing the cake she prepared ruined.

What will happen next? What’s Sanjay’s surprise?