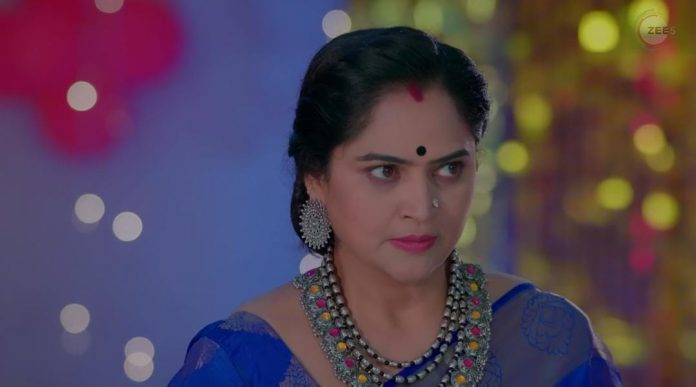 Zee Tamil much loved show Vidya No1 is gearing up for more drama with Meghna plotting against Vidya.

Previously it was seen that Vidya won the competition and got the men’s watch to gift to Sanjay. Later Sanjay came to Vidya and asked what she was going to gift him. Vidya teased Sanjay pretending that she forgot his birthday.

Later she told that she was going to present him a gift that she earned on her own. Sanjay noticed that Vidya was having fever and her injury on her hands. She enquired about it.

Vidya told about participating in the competition to get a gift for him. Sanjay scolded Vidya and told her to not hurt herself again for him. Sanjay said that he has a special gift for her as well. Later Vidya got sad on seeing the cake she prepared ruined.

In the upcoming episode it will be seen that Sanjay surprises Vidya showing her cake which isn’t destroyed. He reveals that he saw her baking the cake for him. As there are people who can ruin the cake at home, so he kept it separately. They ruined the cake as he expected, but they ruined the wrong cake.

Vidya gets elated on hearing this. Meghna and her mother get angry on seeing their plan flopped. So they devise a new plan against Vidya. Meghna spikes the drink and makes Vidya drink it. Vidya gets drunken. She creates a scene in Sanjay’s birthday which angers Vedavalli. The latter hits Vidya and says her to get out.

Chandramohan defends Vidya. He says that Vidya can never do this, they should wait that her come to her sense before deciding.

What will happen next? Will Vidya be able to prove that she was a victim of Meghna’s evil plan?