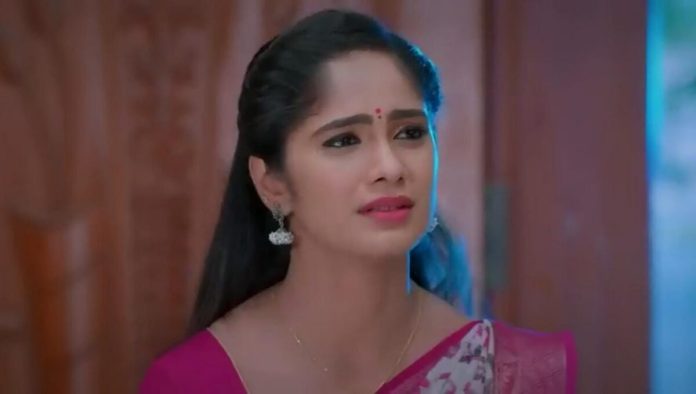 Zee Tamil’s daily soap Vidya No 1 is gearing up for more drama with Chandramohan coming out of the coma and demanding to see Vidya.

In the previous episode it was seen that Sanjay requested Vidya to not walk on the burning coal to prover her innocence. He asked Vedavalli to tell Vidya that he trusts her to stop her. Vedavalli said that she didn’t doubt Vidya, but she was confused. Vidya got determined to clear her confusion.

Meghna and her mother gave Vidya spiked juice to prove her wrong. However Vidya completed walking successfully on the coal and proved her innocence. Raghu also arrived there and confessed that he lied to defame Vidya, but he escaped when Sanjay questioned him who asked him to do so. Vidya decided to leave the house after this incident.

In the today’s episode it was seen that Vidya left the house. Chandramohan woke up from coma and asked where Vidya was. Vedavalli and his family tried to make him understand there wasn’t anyone in Vidya’s name. However Chandramohan firmly said that Vidya was the one who looked after him and said that Vedavalli must have ousted Vidya. He shouted and fainted.

Vedavalli and all got worried. They called the doctor. The doctor told that Chandramohan thought Vaani as Vidya. He told them to bring either real Vidya or ask Vaani to pose as Vidya else it would be danger for Chandramohan’s life. Vedavalli ordered Sanjay to bring Vidya back Vidya. Sanjay left to find Vidya.

What will happen next? Will Vidya come back home?