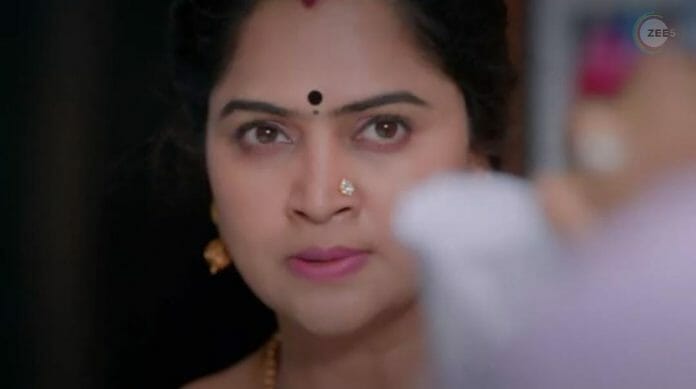 Zee Tamil’s daily soap Vidya No 1 is gearing up for more drama with Chandramohan getting determined to save Manikam.

In the previous episode it was seen that lawyer came to meet Vedavalli and discuss about Manikam case. Chandromohan teared up the case papers and challenged to save his friend at any cost. Vedavalli got determined to get Manikam punished. Sanjay requested Vedavalli to leave this case as Chandromohan was adamant. Vedavalli refused as it was now the matter of her ego.

Chandromohan found out that Vedavalli had lied to him that Manikam escaped from the jail. He got court warrant to meet Manikam in the jail and took Vidya there without telling to Vedavalli. The latter tried to phone Vidya to know where they have gone, but Chandramohan turned off her phone.

Vedavalli warned Vidya to remember that she’s only acting as Vidya and she’s not real Vidya. Sanjay came back home in drunken state and called Vidya to open the door. Sanjay blabbered that he couldn’t tell Vedavalli the truth about Vidya as he doesn’t want Vedavalli hate him.

What will happen next? Will Vedavalli find out Vidya’s real identity?