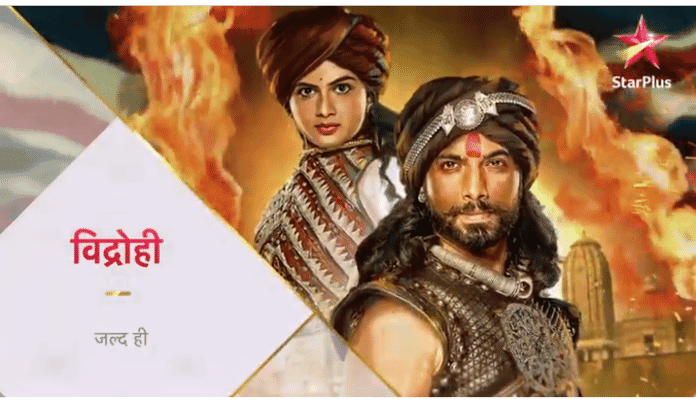 The episode starts with Baxi praying for Radhamani and asks God to make her fine. He takes all the blame upon himself for Radha’s condition, while Kalyani comes there and stops him from accusing himself. She says that they both are responsible and it happened because of her father’s letter. She reminds him that they haven’t told the truth to Radha for her own betterment because Subarna asked them not to tell anything disturbing to Radha during her pregnancy. She tries to calm Baxi and makes him understand that they both are equally at fault. She also tells him that they tried their best to stop the truth coming out in front of Radha.

Here, Kalyani says that she will defend Baxi if Radhamani questions them, to which he says that she haven’t understood Radhamani yet. She gets frustrated and ask why he keeps making her feel apart from his family? She holds him, while Radha’s mother gets shocked seeing them. She moves towards them and ask Baxi to go to Radha as she needs him.

Elsewhere, Tilottama sees Gadadhar and stops him. She says that she was looking for him since a long time. She shows him the letter and states that she had it for a long time and insists him to read it. He takes the letter and was about to read it, when Subarna comes there and gets angry seeing Badamba Naresh’s letter with them. She scolds them and ask to have some shame. She reminds them about Radha’s condition and leaves after taking the letter from them.

Kalyani and Baxi visits Radha as she gets consious. Baxi embraces her and tries to apologise for his mistake. He gets determined to tell the truth to Radha and notify her about the marriage including when and how it happened. Kalyani also apologises and says that they hided it only for Radha’s betterment. They both tries to explain themselves, while Radha gets confused and ask them not to blame themselves.

Ahead, Radha discloses that when she opened Badamba Naresh’s letter, she went totally blank. Before she can read it, she gets unconscious. Baxi and Kalyani concluded that Radha haven’t read the letter and looks at one another. Radha says that she is fine while Baxi smiles.

Subarna comes there and says that Radha have scared them all. She gives the letter to Radha stating tht she couldn’t able to read it. Kalyani and Baxi gets shocked and tries to make her rest. But, Radha ask them not to make her feel like a patient.

Further, Radha starts reading the letter happily. Meanwhile, Kalyani and Baxi looks at her being worried. Radha gets shocked learning about Kalyani’s wedding, while Badamba Naresh shows his disappointment on not being able to do proper Bidai of Kalyani and ask Radha to do it for him. She looks at Kalyani, while latter ask to tell what her father have written in the letter? To which Radha hides about the marriage thing. Subarna leaves from there, while as Kalyani was about to leave Radha holds her hand and questions about her wedding. She says that Badamba Naresh have asked about Kalyani after her marriage.

Precap:- Radha gets furious and confronts Kalyani about her marriage. She says that she was doubtful after seeing her wearing waist chain and questions her that if she is married or not? She determines to learn the truth from Kalyani, while latter gets dumbstruck.