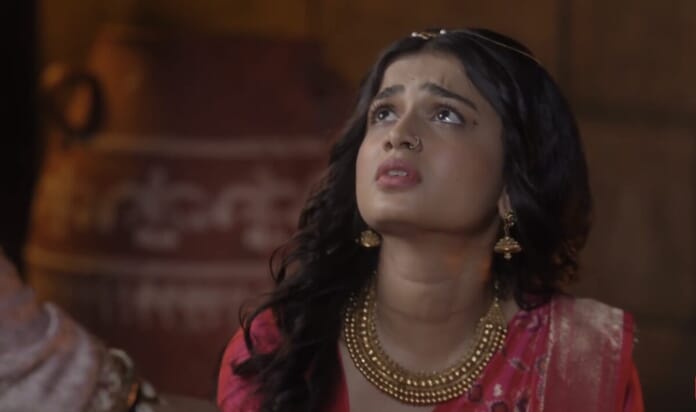 Star Plus newly launched historical show “Vidrohi” is going for a dramatic turn of events, to keep the audiences hooked to their television screen.

In the current track, Kalyani introduces Kalandi as their commander to everyone. Meanwhile, Kalandi gives gifts to Kalyani, but latter tells that Badamba Naresh have sended it for Radhamani as he learned about her being pregnant. Kalandi gets confused seeing the way they were addressing Kalyani, while latter also lies that her father haven’t recovered fully.

Here, Kalandi address Baxi as their son-in-law shocking everyone, while Radha handles the situation by saying that Badamba Naresh consider her as his daughter. Kalyani reads the letter sended by her father and gets emotional as he asked her not to worry about them and to focus on her life with Baxi.

Kalyani again lies to others that her father is happy for Radha and so have sended all the gifts for her. Subarna questions that how he learned about Radha’s baby? To which Baxi tells that he have notified him.

Ahead, Subarna assures Kalandi that they are taking proper care of Kalyani, while he thinks that why she isn’t calling Kalyani as her daughter-in-law? He notices that Kalyani isn’t wearing any bridal ornaments and tells that he wants to talk to her.

Baxi takes Kalandi inside the guest room, while he learns that Kalyani used to stay there. Meanwhile, Kalyani tries to excuse herself and was about to go towards Kalandi, but Subarna stops her and ask to send gifts to Kalyani by her own hands.

Later, Kalyani reveals the gifts nervously and everyone gets shocked seeing the things sended after a marriage. Radha’s mother questions about it, while Subarna tells that he must have got confused as Badamba Naresh doesn’t have his wife to help him.

Baxi notify Kalandi about the danger on Radhamani and states their reason for lying, while latter reminds him about his promise towards Kalyani. He questions that how his family will treat her after learning the truth and what he will tell to Badamba Naresh?

Now in the upcoming episode, Kalandi will notify Baxi and Kalyani about the second letter which Badamba Naresh have sended. Kalandi will tell that Badamba Naresh have mentioned about Kalyani and Baxi’s marriage in that letter, while latter will get shocked. They will start searching for it and gets dumbstruck seeing the letter in Radha’s hand. Meanwhile, Radha will open it and will gets unconsious. Whereas, Baxi will hold her along with Kalyani.