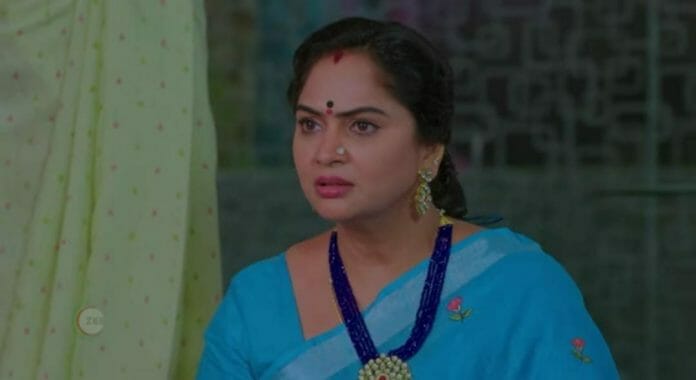 Zee Tamil’s popular show, Vidya No1, is gearing up for drama with Preethi devising a plan to throw Vidya out of the house.

Previously, it was seen that Vidya’s friend, Valli spotted Preethi and his friend enquiring the villagers about Vidya. She phoned Vidya to tell the same. Vidya asked Valli to handle her. Valli lied to the villagers that Preethi and her friend were related to the guy who tried to marry Vidya to sell her after wedding.

The villagers attacked Preethi and her friend. They ran getting sacred. Preethi remembered that everyone telling about Vidya mortgaging her land to prevent Vedavalli’s college being sealed. She went to the register office.

She bribed the register and gets a copy of Vidya’s land paper in which contained Vidya’s photo. Preethi decided to expose Vidya. But her friend cautioned her that Vidya could prove this proof too as fake. Preethi thought and planned to throw Vidya out of the house as Vani after her wedding with Sanjay.

In today’s episode, it’s seen that Vedavalli has called home the astrologer who have written the jadagam of Vedavalli’s children to know about their future as many unpleasant incident took place in the family. Vedavalli gives the astrologer Sanjay’s jadagam to fix Sanjay’s wedding with Preethi.

What will happen next? How will Sanjay and Vidya handle this situation?