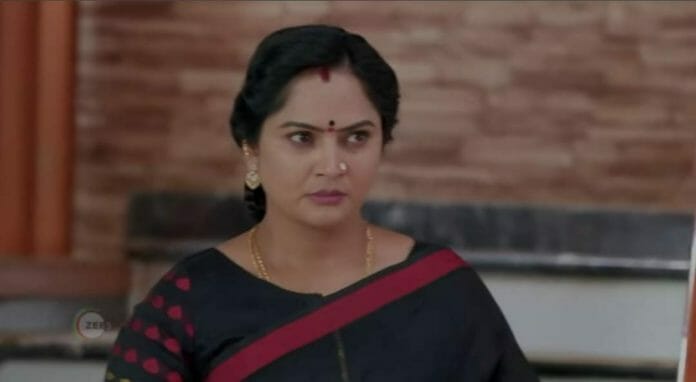 Zee Tamil’s popular show, Vidya No1, is gearing up for drama with Suryaprakash saving Vidya at the end time.

Previously, it was seen that Chandramohan encouraged Vidya to reveal her real identity to Vedavalli while Sanjay and Vijay tried to change Vidya’s decision as they were scared that Vedavalli could shoot Vidya. However Chandramohan assured Vidya to protect her from Vedavalli. The next day,

Vedavalli urged Sanjay and Vijay to find Vidya and gave them time till the end of the day. Preethi brought Vidya’s aunt Lila to Vedavalli. The latter threatened Lila with her gun and asked her to tell Vidya’s whereabouts. Surya Pradesh entered when Lila was about to tell Vani is Vidya and stopped Lila from telling the truth.

In today’s episode, it’s seen that Suryaprakash argues with Vedavalli over Vidya. Vedavalli asks Suryaprakash to bring Vidya in front of her to which Suryaprakash says that Vidya will come to help her if Vedavalli is in any trouble. But she won’t come just because she wanted to see her.

Vedavalli gives a cheque to Suryaprakash as Chandramohan always mentions about Vidya helping her. She asks him to give the cheque to Vidya. Chandramohan asks Vedavalli to give Vidya by herself when she will come marrying Sanjay. Vedavalli says that will never happen.

Later, Vidya thanks Suryaprakash to come in right time and stops her from doing a foolishness. Suryaprakash reveals that Sanjay and Vijay called him here. Chandramohan is determined to bail out Mansa. But Vedavalli refuses. They fought over this.

Preethi and Abhishek reach the court for Manasa court hearing. They mock Suryaprakash and Karthik. Suryaprakash gives them an apt reply. Preethi plan to capture Vidya’s photo when she will come to the court to see Mansa and show it to Vedavalli.