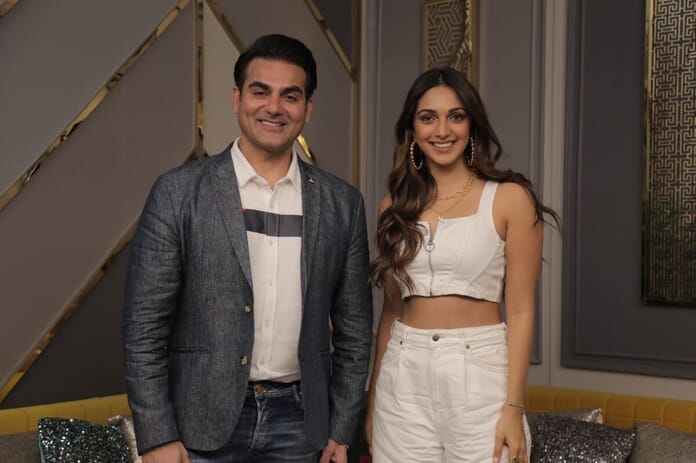 After making headlines with the promo, the much-anticipated episode of Pinch Season 2 with Kiara Advani is out, and the episode shows the undiscovered side of the actress. QuPlay’s Pinch has become the talk of the town as it allows the celebs to pour their heart out and Kiara got a chance to clear the air around her.

Kiara knows that trolling is a part of social media however she protects her family by not posting about them, “I have cousins who are younger, they’re on social media and sometimes I worry about them. I refrain from posting their birthday pictures on my handle, as I don’t want my followers or trollers to attack them.” Kiara points out the possibility and affirms that it hits her. Advani further warned to stay away from her family, “I don’t want my family to start getting trolled because of me. I’ll form my thick skin and I’ll take it but don’t drag them.”

Even after starring in successful films including the latest acclaimed Shershah, Kiara has been trolled for being part of duds like Indoo Ki Jawani and not doing ‘serious’ cinema. Kiara responded to such trolls by saying, “Watch Good Newwz or Guilty, that was a serious film.” Advani further added that rather than giving her free advice, she would like to receive a meaty script from them.

During the episode’s shoot, Kiara couldn’t pose properly for paparazzi, as she was in hurry, but then people started calling her ‘ghamandi,’ so Kiara cleared the air by saying, “I stood for a second, posed for them, they got the shot, but I was also thinking that I was getting late and I am making somebody wait. So, in the comment section, people started saying that I’ve become arrogant and couldn’t even pose for pictures, but what you see is not the whole truth, and you can’t make everyone happy.” The actress further added, “We put our best of ourselves on social media but behind that, there is a person, there are emotions, problems, and other issues that you don’t want to make it public. So let’s respect everybody’s personal space and not jump to such conclusions.”