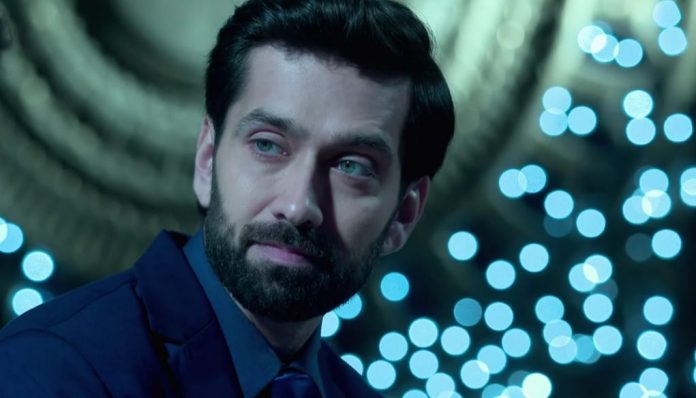 Nakul Mehta who is quiet active on his social handle drops the love for his fans every now and then. After posting Adios for his show Ishqbaaz, passing the baton to Shaheer Sheikh and more Nakul Mehta on his twitter handle recently posted two tweets under the hastag #MainBhiChowkidar that left his fans to do huge argument on: to which political party Nakul is supporting this election?.

Nakul posted two thread under this hastag; in one he quoted “My name is Mehta and I am Not a chaukidaar” while in the other one he shared a pic of his security guard and captioned it ‘Although I love my Chawkidaar!’

My name is MEHTA and I am NOT a chaukidaar.#MainBhiChowkidar #NOT

Well, with the general election around the corner “#MainBhiChowkidar” is a campaign started by the political party BJP in the form of master stroke for the upcoming Lok Sabha Elections 2019. And no sooner when Nakul posted his tweet on this campaign then on the basis of assumptions: some said he a BJP hater while others assumed he is from congress side. 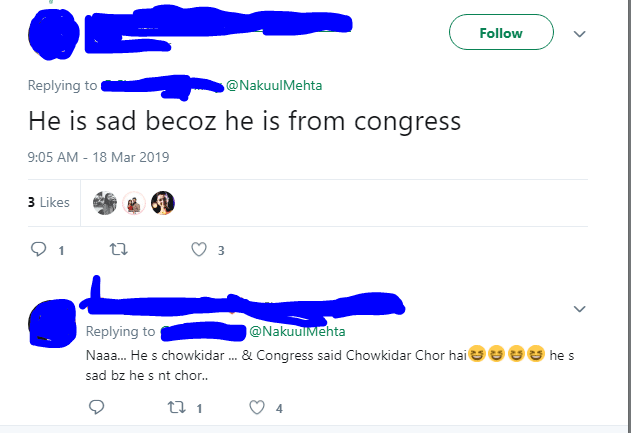 Ishqbaaz fame handsome hunk Nakul Mehta is one of the best actor of TV industry today. After his debut in 2012 in the Star Plus shows Pyar Ka Dard Hai Meetha Meetha Pyaara Pyaara, Nakul in the role of Aditya Kumar has gained many fans and followers all over the world. This invincible, unstoppable actor when came back as Shivaay Singh Oberoi in star plus show Ishqbaaz(show recently went off-air) his Jodi with Anika (character played by actress Surbhi Chandra) was so adored by the fans that SHIVIKA has separate huge fan base.

Nakul keeps his fans updated with his ongoings. He keeps tweeting , retweeting and sometimes gives replies too to his fans. Day later when one of the fan has tagged him in some fun activity quoting “@NakuulMehta you make my ovaries explode” Nakul retweeted it and replied “ Din’t study medicine otherwise would have definitely helped out. Take care. They are handy.” Nakul’s reply to her cracked up many while that fan was quiet happy with this.

Din't study medicine otherwise would have definitely helped out. Take care. They are handy. https://t.co/O0vCErslCT

Stay Tuned with us for more updates.