The hottie hunk is stealing more and more hearts by giving drool worthy performance as Anurag Basu in Kasauti Zindagi Kay2- a triangle love story and currently he is romancing a very pretty actress Erica Fernandes!

Parth Samthaan and Erica Fernandes is the most loveable reel Jodi of TV today but we can’t deny the fact that Nandini and Manik Malhotra too holds a special place and has a separate fan base.

Heartthrob, Parth Samthaan’s chemistry with actress Niti Taylor was one of the most sizzling chemistry ever. Manik and Nandini top notch romance has burned our screens and forced one to watch their scenes on repeat.

Show Kaisi Yeh Yaariaan till date has seen three seasons and for each season PaNi aka Parth Samthaan and Niti Taylor is director’s hot choice. Whether it is fighting sequence or romantic scene, MANAN gives best shot together. Niti Taylor and Parth Samthaan’s share a good off-screen bond too. Fans are still not over from MANAN and eagerly waiting for Kaisi Yeh Yaariyan S04 to be continued with stunning pair Parth and Niti.

Now, coming back to ANUPRE aka Anurag and Prerna, actor Parth and Erica is stealing the limelight not just because of their on-screen chemistry but for their off-screen bond too. What’s cooking between Parth Samthaan and Erica Fernandes is still hard to say,  unless actors themselves don’t confirms anything publicly. But recently, Parth and Erica took off and was holidaying in Mussorie, on the occasion of Erica’s birthday.

As Anurag and Prerna, Parth Samthaan and Erica Fernandes chemistry is setting new goals. The romantic touches in their scenes are intense and passionate to fix eyes on. ANUPRE has won best jodi award at Indian Telly Awards 2019.

But the question is which actress looks captivating with Parth Samthaan- Niti Taylor or Erica Fernandes? Well, for us both look stunning with him but we would like to hear from you- Who is your best pair with Parth Samthaan? Shoot your comments in the comment section below.

Stay Tuned with us for more exciting updates and news. 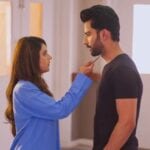 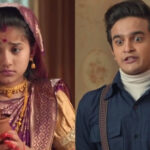 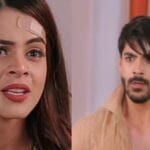 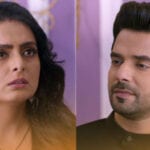 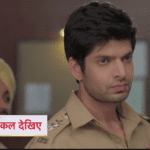 March 3, 2021
Actor Hitesh Bharadwaj who was last seen in colors popular daily Choti Sarrdaarni is all set to grace our screen once again. Hitesh’s character... 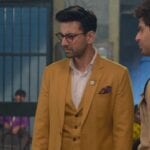