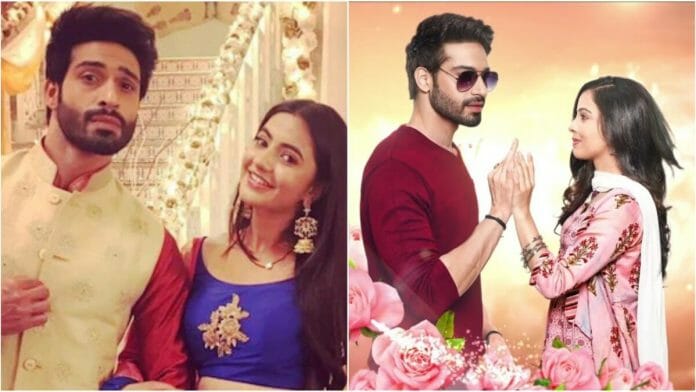 Actor Vijayendra Kumeria work was appreciated as ‘Rajat Sareen’ in the show ‘Shastri Sisters’. He debut in the year 2011 with the Zee show ‘Chotti Bahu’. Kumeria is now one of the popular television actor. His constant hard work earned him good popularity globally. Show ‘Udaan’ played a vital role in making Vijayendra a household name. Talented actor played the character of Suraj Rajvanshi in the show. As Suraj, Vijayendra flaunted his acting skill and truly brought life to the character. He was paired opposite to the very pretty Meera Deosthale.

Meera played the character of Chakor in the show. The Jodi of Meera and Vijayendra as Chakor and Suraj made Udaan one of the top colorstv show. Fans cherished the chemistry of SUKOR. Duo earned huge fan following as Suraj and Chakor. Vijayendra and Meera’s on-screen chemistry is splendid. They made an irreplaceable place in the hearts of the fan. SUKOR too is one of the evergreen on-screen couple. Vijayendra and Meera truly was the right choice for the character of Suraj and Chakor. Meera flawless acting in the show was commendable.

Coming back to Vijayendra, hunk has a potential to make a chemistry with any of his co-star. Kumeria is currently gracing our screen as Darsh Rawal. In the show ‘Aapki Nazaron Ne Samjha’ actor is playing the character of visually impaired photographer and businessman. Vijayendra’s faultless acting as Darsh is taking over the hearts. His natural acting as differently abled person is praiseworthy. Fans just can’t resists themselves from praising Kumeria’s acting in the show. Handsome hunk really came a long way.

In the show ‘Aapki Nazaron Ne Samjha’, Vjayendra is sharing the screen space with the beautiful actress ‘Richa Rathore’. Richa is playing the character of Nandini in the show, who keeps a beautiful heart. As Nandini and Darsh, fans are appreciating the on-screen chemistry of Richa and Vijayendra. Nandini and Darsh without any denial shares a breath-taking chemistry insipte of not being a normal couple. Nandini and Darsh is setting major couple goals.

Well, we like Vijayendra’s chemistry with both Meera and Richa. But we would like to know from you, who amid Meera and Richa is your favorite opposite to Kumeria? Shoot your answers in the comment section below.