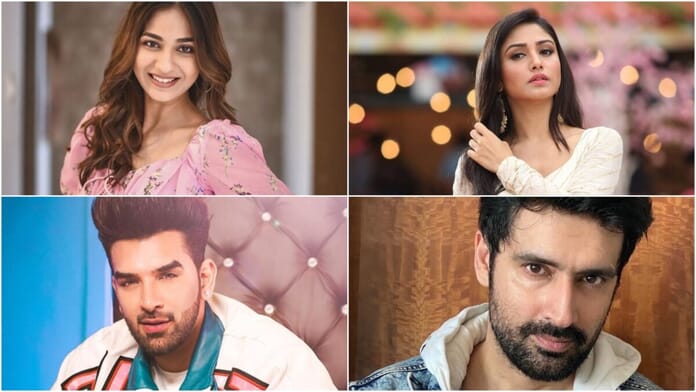 Bigg Boss 15 is getting less attention from the audience and gaining lowest TRP. This season is not high on drama. Thus, to spice up the show makers are bringing ‘dhamakedar’ contestants in the house as wild cards. Yes, you read it right; players Paras Chabra and Karan Nath is all set to enter the house along with Bigg Boss 15 contenders Donal Bisht and Vidhi Pandya. Read more about them below!

Bigg Boss 15 contestant Vidhi Pandya was voted by the inmates and was out from the house. Praising Vidhi’s game, Salman Khan quoted she was the only contender of the house who made good relationship with the maximum contenders. Still all threw her out from the house. Post eviction, Vidhi said she won’t enter the house back. But fans praise and Salman’s word might have changed her decision and ‘Udaan’ fame actress is all set to make her entry in the house back.

Coming to Donal Bisht; she was the player but was judged by the contenders and was evicted. Bisht has always claimed she was the tough contender of the house thus, everyone targeted her. Actress always wanted to be back in the house and finally she will mark her entry in Bigg Boss 15 as wild card.

Paras Chabra: latest news read, Paras will be one of the wild card to change the game inside the house. He was one of the favorite contestant of Bigg Boss 13. His game strategy was liked in Bigg Boss 14 too. Now fans are looking forward for Paras’s journey in Bigg Boss 15.

As per the latest news Bigg Boss ott fame Mosse Jattana might enter too.

Tell us which wild card contestant you are looking forward for. Shoot your answers in the comment section below.