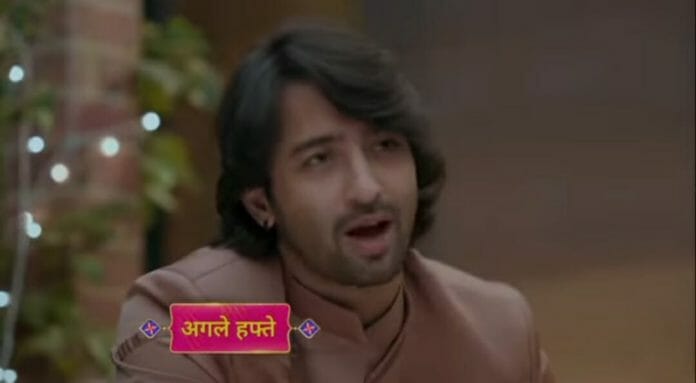 Previously we have seen that, Saroj gave wealth to Kusum who was hesitant to ask it to her. Her mother in law had sent her there to get some jewels. Rashmi asked Kusum why didn’t she say anything to Sayuri who spoke ill about Rishi. Kusum cooked up na excuse. Yash came there to meet Kanha and greeted Kusum.

Rishi badmouthed them. They both got into a fight and Rishi pretended like Yash pushed him seeing Dadi. Dadi lashed out at Rishi for hitting the family’s son in law and threw him out. Yash shared what happened with Kanha and warned him about Rishi. Saroj left with Rashmi for helping her ill relative.

However while mortgaging the jewels, he realizes that Sayuri and Kanha have exchanged it. He planned to get his revenge for the same.

In the future episodes we will witness, Dhanraj gifts Saroj’s grandmother’s jewel too Sayuri while Indrani gifts Sayuri’s father’s kangan to Kanha. Rishi watches them hiding as both Sayuri and Kanha swears to protect them with their life. He makes a plan.

Will Kusum gets freed from Rishi? Will Rishi tries hitting on Rashmi? Will Saroj go back to hating on Sayuri?