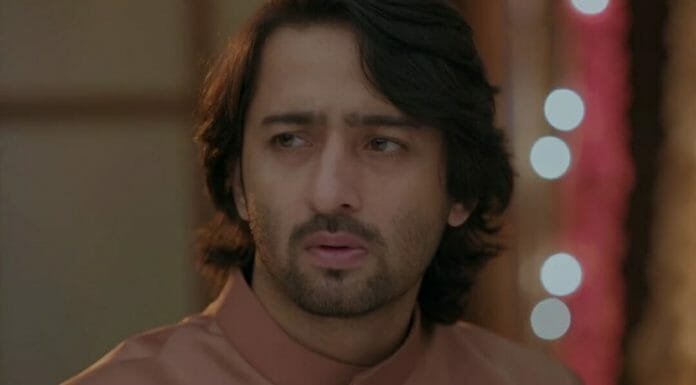 Star Bharat’s newly launched popular show Woh Toh hai Albela starring Shaheer Sheik and Hiba Nawab currently focuses on Kusum’s abuse and Sayuri’s pregnancy.
Previously we have seen that, Everyone except Dadi suspects Rishi behind the cracker incident. Kanha confirmed it and made Rishi fall down in dark and get hurt. He taunted Rishi and mocked him.

He decided to get even with Rishi. Saroj, Nakul and Dhanraj were back and got worried for Nakul’s condition. Nakul assured that he’s fine while Rashmi blamed Sayuri again. Everyone got irritated with her words. Rishi hurts Kusum who questioned him for hurting Nakul. Rashmi fought with Indrani for giving away her father’s bracelet to Kanha. She felt neglected in both the houses.

Sayuri found Kusum hurting herself and confronted her with the name of her unborn child. Kusum confessed all the truth to Sayuri shocking her. Rishi saw them together but couldn’t hear them. Sayuri waited for Kanha to wake up to say the truth. Rshi tortured Kusum confronting her that whether she told truth to Sayuri.

Kusum lied no. Next day, Rishi got threatened by Parveen Bai for money. He promised to give it reasoning his wife’s rich family. Sayuri told the truth to Kanha. Kanha was furius. Both Nakul and Kanha planned to expose Rishi on bhai dhooj.

Will Kusum gets freed from Rishi? Will Rashmi understand Sayuri ? Will Rishi hurts Sayuri?
All these questions will be answered in the upcoming episodes.
Stay tuned to this space.