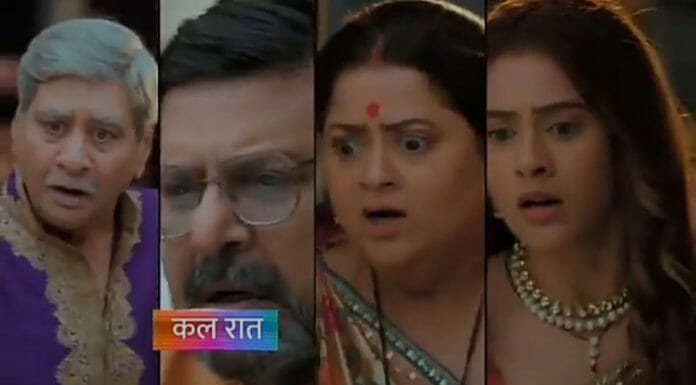 Star Bharat’s newly launched popular show Wo Toh Hai Albela starring Shaheer Sheikh and Hiba Nawab currently focuses on Sayuri’s struggle in Kanha’s House and Kanha’s support for Sayuri. Earlier its seen that Anjali tried to get romantic with Kanha. Now it will be seen that Kanha will get hurt while saving Sayuri.

Previously we have seen that, Kanha took Anjali home and Anjali invited him in. She got irritated witnessing his concern for Sayuri. She brought cake to celebrate the anniversary of their first meet and tried getting romantic with him but Kanha stopped her advances. He warned her to stay away as he neve liked these and also he was married now. Anjali got angry hearing it and revealed that she don’t consider that a marriage which happened out of helplessness situation. She revealed that she don’t want to give up on her love for such a marriage. Kanha made it clear that he never loved her as much as she loved him and that he doesn’t want to continue their relationship. He was about to leave when Anjali asked whether he started loving Sayuri but Kanha couldn’t answer immediately.

Anjali mocked him for not refusing it as soon as he refused their love. Kusum told Saroj about Kanha being with Anjali and Saroj wished for them to be together leaving Sayuri. Sayuri wanted to have some refreshments but doesn’t want to go in front of Saroj without Kanha or Nakul. So she went to nearby tea stall to have a drink. Kanha also joined her and apologised for not keeping his promise.

Saroj saw them together and got angry. Saroj came home to find everyone planning for pooja at the shop as a big order came by and Dhanraj wanted Sayuri and Kanha to participate in the pooja upsetting Kusum and Saroj. Few guys teased Sayuri and Kanha warned them. Kanha told about the pooja to Sayuri and asked her to be comfortable. Sayuri notices Rashmi and Nakul very close and warned Rashmi about Saroj misunderstanding them.

In the future episodes we will witness, Kanha will buy a saree for Sayuri and Sayuri will wear it for pooja. Her saree will get stuck in between boxes and she will try to take it away. Kanha will see the boxes about to fall on Sayuri and will push her away but the boxes will fall on him. Everyone will get shocked.

Will Saroj accept Sayuri? Will Kanha and Sayuri gets closer? Will Sayuri move on with Kanha?