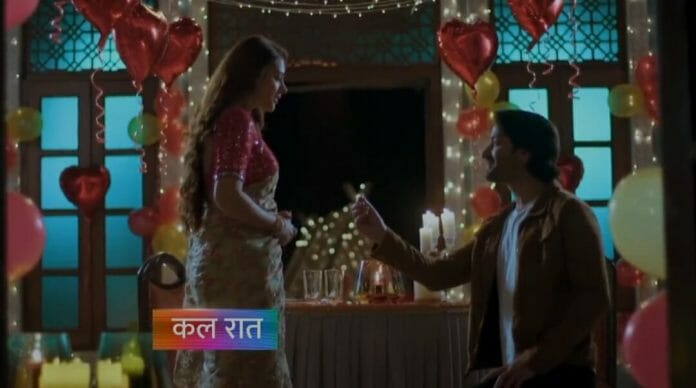 In the previous week we have witnessed, Kanha and Sayuri were waiting impatiently to meet each other. Saroj asked Kanha about Anjali and provoked him to answer in a way that situation made Sayuri his partnership and that she came between Anjali and Kanha.

Sayuri who just came there got hurt with the talk. Saroj got happy as her plan succeeded. Kanha noticed the difference in Sayuri’s behaviour and asked her about it. After much provoking, she confessed about her getting hurt with her the mention of Anjali.

Kanha cleared the air for Sayuri but Sayuri was not fully convinced. Saroj called Anjali and asked her to act wise in order to get back with Kanha. Anjali called Sayuri and requested her to meet without anyone knowing about it and Sayuri agreed.

Indrani was worried about Saroj’s next move against Kanha abduct Sayuri. Saroj added more doubts in Sayuri’s mind regarding her coming between Anjali and Kanha.

In the future episodes we will witness, Kanha will take Sayuri to the birthday set up and will surprise her. He will propose Sayuri with a ring and will go on his knees.