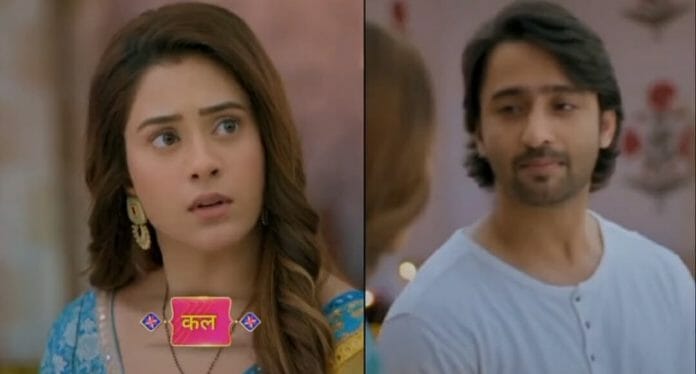 Previously we have seen that, Sayuri forced herself to move out of the city away from Kanha. Kanha decided to let Sayuri choose whatever she wanted. Rashmi shared with Nakul about Sayuri’s decision and Nakul felt weird at the thought of losing Rashmi.

Kanha urged Indrani and Nani to act cool about Sayuri’s decision which would provoke her. They did as per Kanha’s saying while Sayuri felt weird. Kanha saw Sayuri’s reacting using drone but Anjali disturbed him.

Kanha for the nth time told Anjali that he was not into her. Anjali made a plan with her father. Kanha learnt about their business issues and Anjali proposed a deal to resolve it.

In the future episodes we will witness, Kanha will reject Anjali’s proposal and Anjali will try to force him. Kanha will say that he never loved her the way she did and says for the first time he’s feeling such feeling for Sayuri. Kanha will shift to Sharma house shocking Sayuri.

Will Saroj gets Kanha and Anjali married? Will Kanha win back Sayuri? Will Anjali harm Sayuri for Kanha?