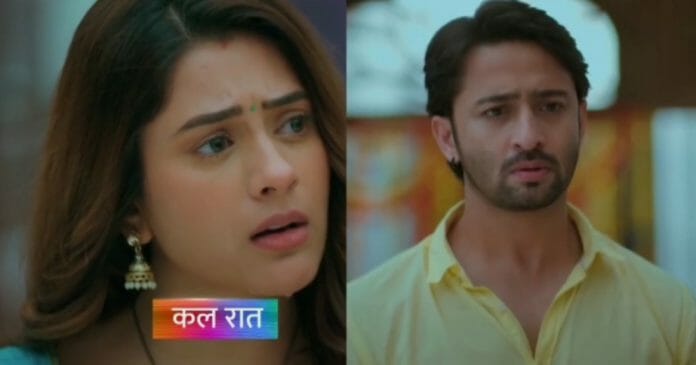 Star Bharat’s new show is gearing up for more drama as Dhanraj asks Kanha to complete Chiru’s wish and marry Sayuri. Kanha gets ready for this. What will happen now? What will Saroj do now?

In the previous episode, we saw Kanha brings Sayuri home. He gets shocked seeing Anjali in front of him. Anjali remembers the moments spent with Kanha and gets sad. Kanha and Sayuri apologize to Anjali. Sayuri feels weak. Kanha says that Sayuri is not feeling well so he is leaving her till the room. Dhanraj apologizes to Anjali. He says that he was worried about her but they have done all this for Chiru’s last wish. Anjali says that she is feeling a lot of pain and is also getting angry. But she is upset thinking that Kanha and Sayuri must be in so much pain.

Later Kanha says that he wanted to tell her about all this but her phone was switched off. Anjali says that she should have been with him. If she had been here all this would not have happened. Kanha says that Sayuri is also feeling guilty. Anjali says that if she had been in Sayuri’s place, she would have felt guilty. Kanha asks her if she is not angry with him. Anjali refuses. She says that she always used to talk about marriage, so she cannot be angry with Kanha if the dream they did not see together is broken. Anjali tells him that she does not want their friendship to be broken. Kanha promises her that their friendship will continue.

In the upcoming episode, we will see that Amit will come to Chaudhary haveli and will start scolding Sayuri. He will also call off their business deal too. Saroj will ask Sayuri to leave her house. Kanha will support Sayuri.

What will happen next? Will Sayuri accept Kanha?