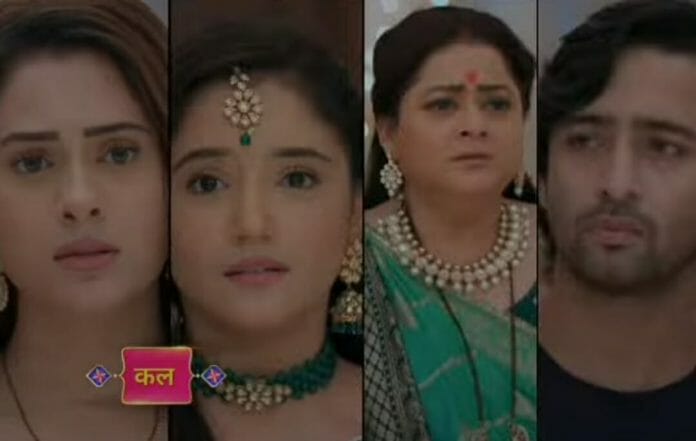 Previously we have seen that, Saroj greeted the guests who came to see Kusum. She asked Rashmi to bring Kusum only to know that Kusum left for college admission with Sayuri and Kanha. Kusum was elated to get admission and Sayuri and Kanha wished her for the best. Saroj called Kusum but Kanha asked her to avoid attending it as Saroj would create issue if she found about it.

Later they all spent lots of time together while Saroj lied to guests that she went to parlour for makeup. The guests got irritated as time passes by. Kusum came back home and got shocked seeing the guests. Kanha revealed the real reason for them being out while the guests taunted Saroj for lying.

Kanha will get irked and will ask them to say clear that they need a servant to take care of them. Sayuri will ask Kusum to think carefully whether the alliance is good when Rashmi will accuse her for trying to manipulate Kusum.

Will Saroj accept Sayuri? Will Anjali come back for Kanha? Will Rashmi turn negative?