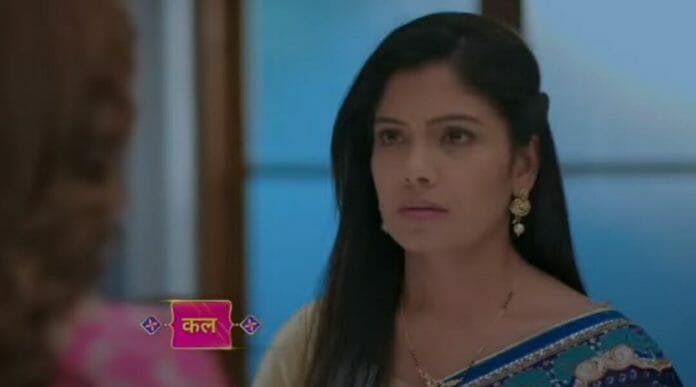 Rashmi shouts for Nakul but before he could come the man escapes. Sayuri suffers due to Saroj’s over controlling behavior. Kanha visits Rishi oin jail and finds him much better than before and gets doubtful. Indu suggests to stop Rashmi and Nakul’s wedding but Sayuri is against it.

Everyone at Chaudhary and Sayuri’s family gets attacked and gets threatening messages. They spent sleepless night when Yash brings the attacker to them. Yhey all felt grateful towards him and he took the attacker to Police Station. Rishi who was about to get out of station to court sees that his man arrested and gets shocked.

Nakul and Kanha left for court hearing while Sayuri suggested Kusum to give a chance to Yash. Yash invites her for coffee date and she left in the car sent by Yash. However later she realized that the car doesn’t belong to Yash. Nakul and Kanha gets message that Rishi escaped from jail and rushed to their house.

Kusum’s mobile got switched off due to low battery. Sayuri informed about the blunder happened to Kanha and both Kanha and Nakul rushed to search her.

In the future episodes we will witness, Kusum runs away from the kidnapper’s hold. Kanha and Nakul’s vehicle gets punctured by nails and they understand that someone as voluntarily put them on road to stop them. They will get worried. Kusum will get hold of her mobile and will call Sayuri but Rishi catches her before she could speak and will threaten her with knife.

Will Rashmi understand Sayuri ? Will Rishi hurts Sayuri and family? Will Kusum gets divorce?
All these questions will be answered in the upcoming episodes.
Stay tuned to this space.