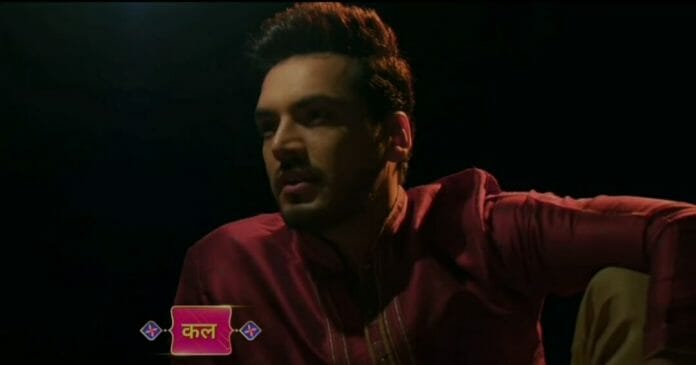 Previously we have seen that, Both Nakul and Kanha planned to expose Rishi on bhai dhooj. They beat him up badly and made him confess the truth. Rishi got arrested. Saroj feels guilty for ruining Kusum’s life while Kusum blamed her fear as the major cause for all the problems. Later, Kusum took courage to go to police station to file complaint against Rishi.

Sayuri consoled Saroj who was distraught with the sudden turn of events. Kanha and Sayuri planned a trip for the family and invited Yash too. Indu tried talking sense into Rashmi but in vain. Rashmi apologized Nakul for not listening to his words about Rishi. Nakul didn’t mind it but also pointed out her recent behavior which is really not likeable for him.

He wanted to give their marriage another thought shocking Rashmi. She got insecure a sIndu said the same before. Saroj and Dhanraj discussed about Kusum’s future. Kanha advised Nakul over his relationship with Rashmi.

Sayuri got scared by someone following her and it turned out to be Rishi’s man. Rishi planned something big against Chaudharys. Sayuri got tailed by Rishi’s man to scare her. Rashmi grew more and more insecure.

In the future episodes we will witness, Rishi’s man will give a balloon to Rashmi and will scare her. He will run away before Nakul could catch him.

Rashmi will say that it’s written on the balloon that the whole Chaudhary family will be ruined. Kanha will visit Rishi in jail who will remind him that the divorce is not done yet.

Will Rashmi understand Sayuri ? Will Rishi hurts Sayuri? Will Kusum gets divorce?
All these questions will be answered in the upcoming episodes.
Stay tuned to this space.