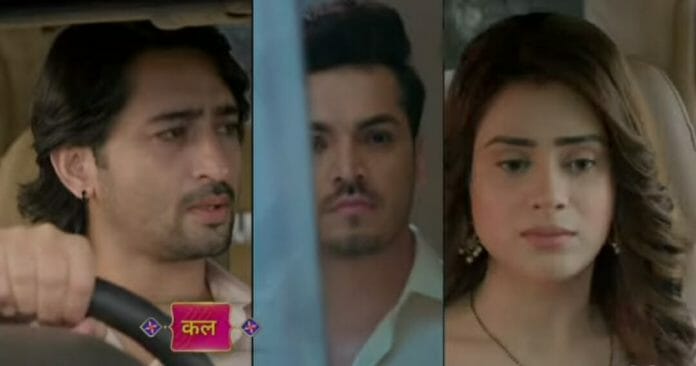 Previously we have seen that, Kanha felt helpless at his situation but decided to not give up. The trio Nakul, Kanha and Sayuri palnned to not give up till they expose Rishi and save Kusum. On the other hand, Rishi planned to extract his revenge on Kanha and Nakul through Kusum. He hurt Kusum during their first night.

Next day, they visit Chaudhary mansion for ritual. Kanha gets worried seeing her injury but Kusum lies that she slipped. They made Kusum stay there till Diwali and Rishi himself offers to stay with them. Rishi challenged Kanha to continue abusing Kusum in his house. Sayuri and Kanha wonder why Kusum hides his crimes.

In the future episodes we will witness, Kanha and Sayuri will be out for check up and expresses their nervousness seeing the baby through scan. Sayuri is worried about Rishi troubling Kusum and Rashmi. She’s about to say about his ill intentions towards Rashmi.

Will Kusum gets abused by Rishi? Will Rishi tries hitting on Rashmi? Will Saroj go back to hating on Sayuri?