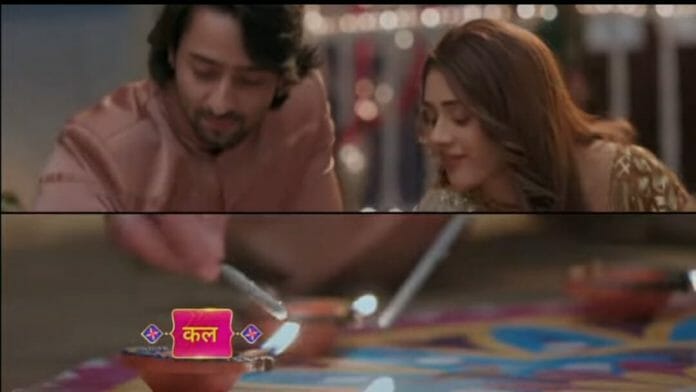 Previously we have seen that, Saroj left with Rashmi for helping her ill relative. Kanha and Sayuri spent some romantic moments together. Rishi threatened Kusum to fill the jewel box with else he would harm the baby. Everyone gets Diwali gifts while Rishi too gets the jewel box with jewels. However, while mortgaging the jewels, he realizes that Sayuri and Kanha have exchanged it. He planned to get his revenge for the same.

Rishi threatened Kusum to get money from her father for starting his business. Kusum spoke about the same with her father who agreed to lend her money. On the other hand, Dadaji gifted Dadi’s ancestral necklace to Sayuri as her blessing and Sayuri promised to protect her with her life. Rishi laid his eyes on the jewelry.

Next Indrani gifted Balwan’t Kangan to Kanha as his blessings too. Both felt very happy. Dhanraj also gifted Kusum and Rishi with the money Kusum asked for. Rishi gets happy hearing it but he soon gets irked when Dhanraj gave the money on Kusum’s name.

In the future episodes we will witness, Everyone will be dancing happily on Diwali. Rishi will mix something in diyas for Kanha and Sayuri to get hurt while they try to burst crackers.

Will Kusum gets freed from Rishi? Will Rishi tries hitting on Rashmi? Will Saroj go back to hating on Sayuri?