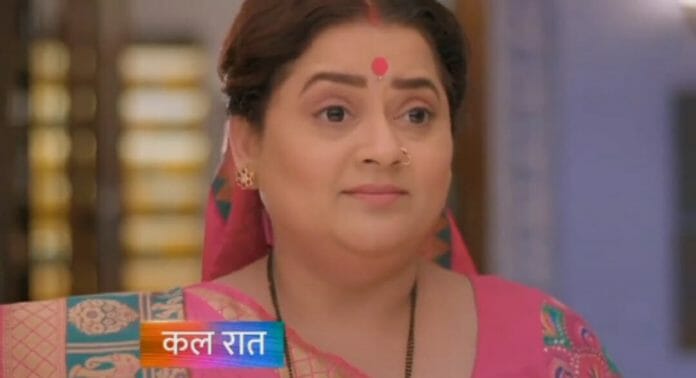 Previously we have seen that, Kanha was spending time with Sharmas and Nakul and Indrani got emotional seeing it. She went aside and Sayuri asked what happened. Indrani told about seeing her father’s resemblance in Kanha and recalled sn incident from their childhood.

Sayuri got shocked hearing it but Indrani asked her to think about it. Sayuri got confused with Indrani’s word and Kanha found her behaviour weird. Saroj found Kanha and Nakul enjoying with Sharmas and made their favourite food to attract them.

Kanha who had stomach full at Sayuri’s place felt helpless when Saroj served him so many items. However he forced himself to eat while Sayuri felt bad for him. Saroj too understood Kanha’s behaviour and taunted him and left upset.

In the future episodes we will witness, Sayuri will say Kanha that just like how they became friends from enemies, she needs to create a bond with Saroj too. She will swear to win Saroj’s heart. Saroj will mock Sharmas for looting on their money.