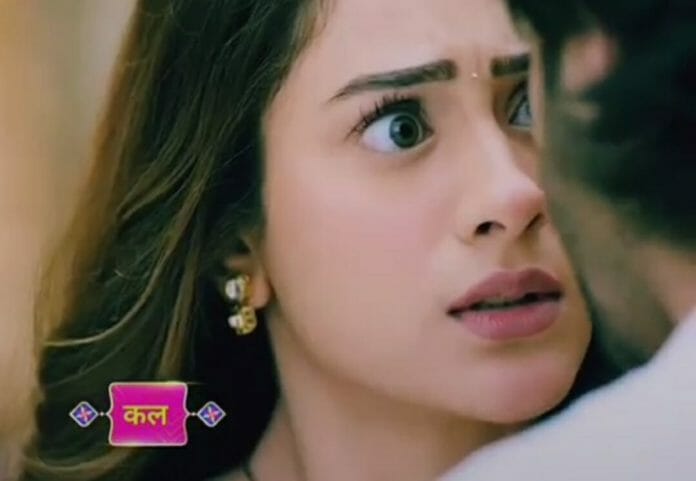 Previously we have seen that, Sayuri helped Kanha make gifts for Kusum for Rakshabandan. Kusum pleaded Anjali to get away from her brother’s life but Anjali harassed her. She asked her to convince Kanha to not go back to Sayuri after Rakshabandan.

Kusum blamed themselves for the mess. Kanha and Sayuri spent some romantic time and Kusum celebrated Rakhi with Kanha and Nakul. She even made a rakhi for Sayuri too and tied it on God’s hand.

Anjali watched it fuming but restricted herself from doing any drama. Kanha questioned Nakul about his relationship with Rashmi and Nakul confessed that he loved Rashmi making Kanha happy. Anjali heard it.