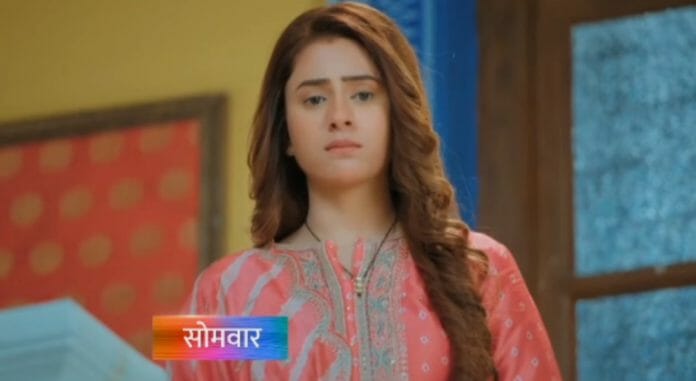 Star Bharat’s newly launched popular show Wo Toh Hai Albela starring Shaheer Sheikh and Hiba Nawab currently focuses on Sayuri’s struggle in Kanha’s House and Kanha’s support for Sayuri. Earlier its seen that Sayuri broken seeing her kitchen’s condition. Now it will be seen that Anjali will try to get romantic with Kanha.

Previously we have seen that, Sayuri got shocked witnessing Saroj ruining her kitchen and cried. Kanha also saw it and angrily took Saroj vessel and went tk her kitchen. He threw the vessel on floor and left. Saroj calmed Anjali and provoked her that Kanha was busy taking care of his wife and Sayuri would not let him spend time with her. Nakul fell on Saroj’s feet to not spoil the peace of the house but Saroj taunted him. He left upset while Saroj broke things angry that her sons went against her.

Sayuri and Kanha spent some light heartened moment and Anjali watched them laughing and walking together. She fumed and called Kanha and lied to him that she got into an accident. She asked him to come soon to her help. Kanha rushedto her help while Sayuri was also worried for her. Anjali done her own accident after that and waited for Kanha. She hugged Kanha and pretended to be scared once he came there.

Rashmi asked for Nakul’s help as some rogues teased her last time when she went to deliver masala products. Nakul agreed to accompany her. Anjali continued pretending scared when Sayuri called Kanha asking about Anjali. Anjali got angry when Kanha asked about Sayuri’s health and his care for her. She vowed to get Kanha back in her life.

In the future episodes we will witness, Sayuri will wait for Kanha and wonders Why’s he not coming back yet. Anjali will bring to Kanha and will get romantic with him. Sayuri will hear Saroj saying Kusum that soon the unlucky would leave the house and Anjali will enter the house.

Will Saroj accept Sayuri? Will Kanha and Sayuri gets closer? Will Sayuri move on with Kanha?