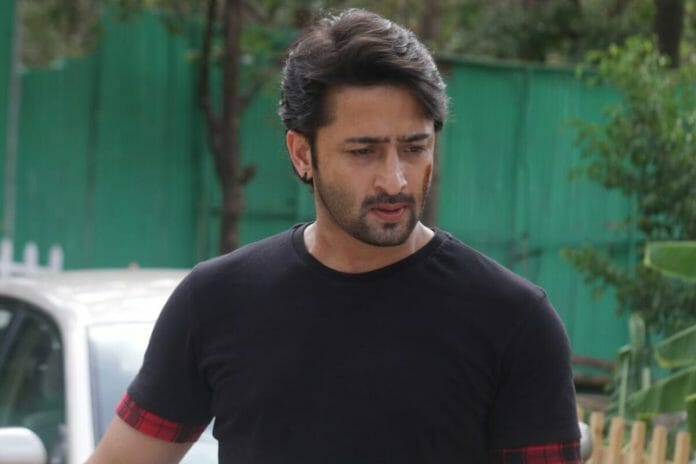 The Monday episode of Rajan Shahi’s “Woh Toh Hai Albelaa” started with Kanha dropping Anjali at her home, but she asks him to come inside. Kanha tells her that Sayuri must be waiting for him and he needs to buy some medicine for her as well so he must go. Anjali tells him that half an hour won’t make a difference and earlier he did not have to think before coming to her house. Seeing her say such things, Kanha agrees.

Kanha is shocked when Anjali brings a cake. She tells him that this is the day when their relationship started and they have always celebrated it. Kanha tells her that things are different now. But Anjali doesn’t listen and puts some cake on his cheek. He asks her to not do any such thing and tells her that he didn’t like doing all this earlier as well and now he is married too. Anjali tells him that she was supposed to be married to him but he got Sayuri in his place. He tells her that he never loved her. Anjali then asks him if he loves Sayuri or will ever fall in love with him, Kanha leaves hearing this.

Meanwhile, Kusum tells Saroj that Anjali had messaged her that Kanha is with her. Saroj tells her that though she will not be able to forgive Kanha, she wants Kanha and Anjali to get married, and wants Sayuri to leave the house. Sayuri is suffering from a bad headache and wants to have tea. She goes out to a small tea corner where Kanha also comes. They have tea together and he tells her that she can come there to have tea till things get sorted at home. Saroj sees them together and thinks it to be Sayuri’s new trick. She goes back home angry. But she hears Dhanraj and Tej talk about getting a new contract and gets happy. She tells them she will do all the preparations on her own. Tej tells her that it should be done properly because Sayuri and Kanha will sit for the puja. Saroj gets upset hearing this.

At the same time, Kanha tells Sayuri that he needs to get something. While she pays the bill at the tea corner, two guys tease her. Kanha comes there and asks her to go back home and teach a lesson to those guys.

Sayuri reaches home and sees Nakul and Rashmi coming together while Rashmi is sleeping on his back. She then sees Saroj coming there and does something to distract her and wake Rashmi. She then tells Rashmi that things are different now and she should be more careful.

In the upcoming episode, we will see that Kanha brings a saree for Sayuri and she asks him if he picked it for her. Later, Sayuri goes for the puja wearing that saree which makes Kanha happy. After the puja, Sayuri’s saree gets stuck in the boxes at the office, and Kanha realises they are about to fall on her. He manages to save her but injures himself. To know what happens next, keep watching the show.