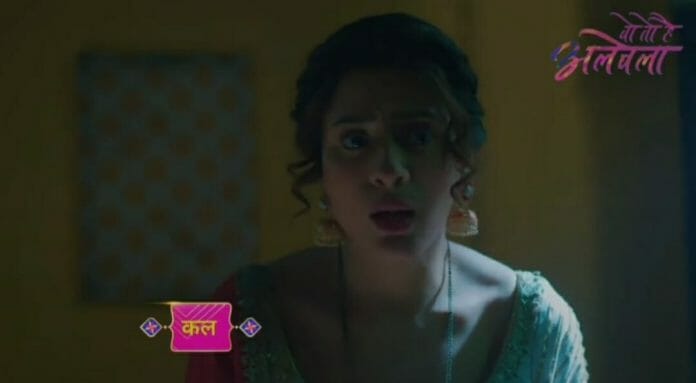 Previously we have seen that, Kanha took Sayuri’s measurements when Vikranth came there. Yash was worried why Kanha isn’t picking his call. Vikranth came home and asks why she’s wearing gents shoe. However Kanha again escape from getting caught as he already replaced himself with the tailor girl seeing Yash’s message.

Kanha said Yash that there is a big thing which Sayuri couldn’t say to them and they need to find it. Rashmi manipulated Vidya to go ditch Kanha in wedding dias so that they could never convince him to remarry. Mithu cried uncontrollably and the old lady called Vikranth to say about it.

Sayuri made note of it and swore to herself to never eat or drink anything until she sees her baby. Vikranth asked her to not do it but Sayuri didn’t listen.

In the future episodes we will witness, Yash will plan to follow Vikranth to find the truth while Sayuri will decide to unlock the door to find the truth. Kuku will get scared upon knowing what Sayuri is about to do.