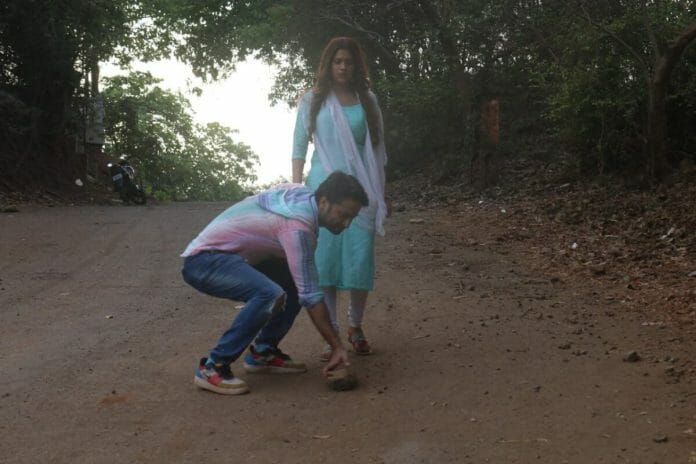 The Thursday episode of Rajan Shahi’s “Woh Toh Hai Albelaa” started with Sayuri asking Rashmi, Priya, Kanha and Nakul which video were they talking about. She started accusing Kanha of doing something wrong again but Nakul stopped her. He tells them that it’s better to show her the video otherwise she will keep blaming everyone, and after seeing it she will at least understand. Sayuri saw the video and was shocked. She tells Kanha that he shouldn’t have saved her because now people are talking about her character. Just then they see people from the colony coming there. Kanha stops them and asks them what the issues is. They start humiliating the Sharma family and tells them that because of Sayuri the respect that Balwant had earned is ruined. They blame Priya and Rashmi too. Kanha notices Sayuri going from there. He asks Nakul to handle things there and goes after Sayuri.

He doesn’t find her in the room, but sees a medicine bottle on the floor and realises Sayuri has taken some medicine. He goes out to look for her and finds her dupatta in a bush. He then sees Sayuri standing at the edge of a dam. Sayuri is apologising to her family that they had to go through so much because of her. Kanha slowly makes his way towards her. Sayuri notices him coming and is about to jump but Kanha manages to stop her. He tells her that he has promised Cheeru to take care of her and he will not break his promise at any cost. He tells her that if she kills herself it will not do any good to her or the family. He somehow convinces her to go back. He is by her side protecting and saving her as promised to his Cheeru bhaiya.

In the upcoming episode, we will see that while Bhanumati tells Indrani that before leaving Cheeru has showed Sayuri the future where she is with Kanha, Dev and Dhanraj to talk about it and say that Cheeru did so because he wanted Sayuri and Kanha to get married. To know what happens next, keep watching the show.