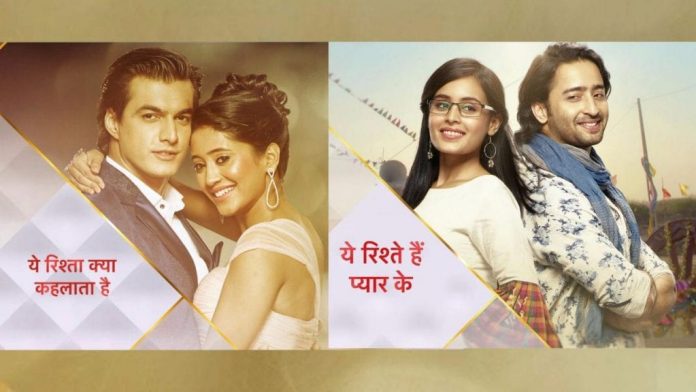 Tonight, the Indian TV audience is in for quite a treat! Their favourite show, Ye Rishta Kya Kehlata Hai, the longest running show produced by Rajan Shahi now has a spin-off called Ye Risthey Hain Pyaar Ke, which will be launched tonight. The show looks as promising and has an amazing star cast; Shaheer Sheikh and Rhea Sharma. YRKKH’s lead pair Shivangi Joshi and Mohsin Khan would be present and welcome the new members into the DKP (Director’s Kut Production’s) family.

The star cast is very excited. Shaheer says that the show provides him with a platform of attempting something he has never done before. “I am excited to be part of the show. It is something very different from what I have done. You will see new dimensions of me as an artist,” he says, while Rhea adds, “It’s amazing to work with Rajan Sir. He’s a very grounded person. We talk a lot, in fact, he personally told me about my character and explained her to me in a very articulate way.”

Mohsin, too, feels that the show will do extremely well. “The entire cast of Yeh Rishtey Hai Pyaar Ke looks very promising. I got the opportunity to work with Rhea Sharma and Kaveri Priyam and they have done a wonderful job. I am proud to be part of Rajan Shahi’s show,” he says. Shivangi was asked for advice from the YRHPK girls, and here is what she had to says. “Work hard, stay grounded, believe in yourself, have faith in yourself and the work you do.” Well! that’s useful advice Shivangi!

We wish the YRHPK team all the best!