Episode begins with Rajiv breathes his last and Yuvraj drives back his car and he is smiling to think that finally the only obstacle in his path Rajiv is no more and no one is left to expose him now and he will be saved. He decides to check for one last time to confirm that Rajiv is really dead so that Rajiv doesn’t get a chance to make a fool out of him like last time. He gets out of the car when suddenly he hears the sound of a car coming from behind and he turns back and gets shocked to see that it is none other than pressure.

Rudraksh is done with his concert and when he comes back stage he decides to have a talk with his brother first because he still not reached there. Rudraksh is asking Bunty about Rajiv and birthday is trying to avoid Rudraksha as much as you can because he is finding it difficult to lie continuously.

Mrs Khurana comes to the rescue of Bunty e and decides to to disclose the actual truth to Rudraksh as it is high time. Rudraksh is trying to extract information from Bunty but he is unable to give any. Rudraksh get angry on him and is about to hit him when Mrs Khurana says to him that Balraj instructed him to say a lie and it was not his conscious decision.
Rudraksh goes out to look for his brother and ask Bunty to stay with his mom in the meantime.

On the other side, GPS and Vasudha upset over the broken marriage of pressure and Yuvraj. Vasudha gets angry and says Yuvraj abandoned my daughter at the last moment because he doesn’t want to get married to her at first place.

GPS aastha not to be so negative but she says I am not getting negative but saying that rule don’t you hear the opinions of those ladies, basically they all are saying the truth. Vasudha said just because my daughter has a child no one wants to get married to her. We look for so many alliances for pressure from last some years but everybody says no when they get to know that she is a mother of a grown up child.

Sometimes I feel if branch was not there in her life then, things will be much easier for my daughter than today. Pressure reached the spot where Yuvraj and Rajiv is and she tries to enquire from Yuvraj that why he came here leaving the marriage in between and also so why he doesn’t pick up the phone call?

Yuvraj is not understanding what to say in such a moment but he decides to pick a story in front of pressure to gain sympathy from her. Simply twisted the entire story of the confrontation between him and Rajiv and puts the Blame on him. Pressure checked Rajiv and declared that he is dead, ciaz Yuvraj that how did the accident occured and if he is the reason behind it in anyway?

On the other side, Balraj goes with Mr to have a drink for the success of the concert. While aahana decides to go for a refreshing party with her sister Mishka as the concert is finally over and she is free now to enjoy as per she likes.

Ahana and her sister vishva accidentally comes at the same hotel bad the marriage ceremony of pressure and Yuvraj is going to take place. She noticed GPS and Vasudha and congratulates them for the marriage of pressure but when she gets to know that the marriage gets called off, she made fun of both of them when Vasudha curses her to face the karma for laughing at someone else’s misery.

Precap – Rudraksh reached the spot and finds dead body of his brother. 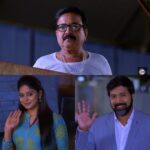