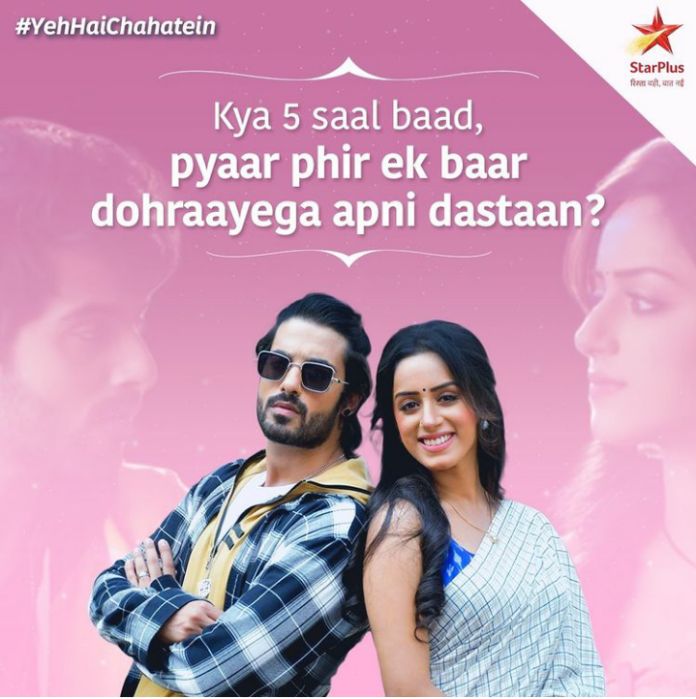 Episode begins with Armaan, Preesha and Pihu reaches the college. Rudraksh asks Raj to attend his classes. He enters the Principal’s office with Vidyut. He asks Principal about Pihu. Pihu comes there and gets shocked seeing Rudraksh. She sees Kanchan and thinks that she is glad that Preesha did not accompany her.

Armaan recalls that how he saw Rudraksh with Vidyut. He calls Digvijay and asks him to reach the college with Kanchan. He tells Preesha that they have to leave to meet his client. She asks him that how can she leave when she is here to meet the Principal. He informs her that he called Digvijay so Kanchan will accompany Pihu. She agrees to go with him. She apologizes to Pihu and leaves from there.

Pihu says that social media tells about Rudraksh’s affairs and casanova behaviour. She adds that everything Vidyut would have learnt from Rudraksh. Rudraksh says that he knows that Vidyut did wrong that’s why he brought him to apologize to Pihu. He adds that Pihu’s attitude is wrong and she should not believe fake articles.

Vidyut apologizes to Pihu. Pihu mockingly claps. She takes her mobile to record and asks him to apologize once again. She says that everyone should know that he apologized to her. He reminds silent. She asks him that if he is embarrassed now.

Rudraksh signals Vidyut to apologize. So Vidyut apologizes to Pihu once again. Kanchan says that they should finish the matter with this. She thanks Principal and leaves from there with Pihu. Rudraksh apologizes to Principal on behalf of Vidyut.

On the other hand, Ruhi learns that Saaransh is sick. Sharda takes care of Saaransh. She asks Ruhi to stay away from Saaransh and go to school. Meanwhile, Preesha and Armaan waits for Armaan’s client. Armaan tells her that his client can’t come. Preesha calls Pihu and asks her that what happened.

Pihu is about to inform her about Rudraksh but Kanchan snatches the phone from her and tells Preesha that Vidyut apologized to Pihu. She asks Pihu to not tell Preesha about Rudraksh. Pihu nods at her. Preesha goes to take some rest. Rudraksh scolds Vidyut for making mistake. He warns him to not repeat his mistake.

Sharda tells everything to Rudraksh. He tells her that it looks like kids hiding something from him. He adds that he will reach the hotel to see what Ruhi want to do there. He calls Vanshika and asks her to meet him at Cupola hotel.

Precap – Rudraksh learns that Armaan staying at Cupola hotel with his family. He reaches the hotel and follows Ruhi. Ruhi spots Preesha and calls her as mother and the latter gets confused hearing her.