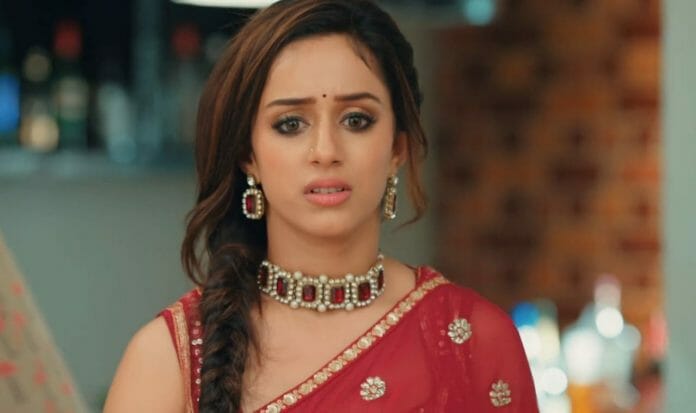 Abrar Qazi and Sargun Kaur Luthra starrer Yeh Hai Chahatein is one of the top Star Plus show because of the interesting storyline. The twists and turns of the show have glued us to the screens. Now, Armaan wants to take Preesha to London so it will be intriguing to watch that what going to happen in the future episodes.

In the current track, Armaan recalls that how he saw Rudraksh taking bath in the outhouse when searching proof against Prem. Pihu defends Rudraksh. Digvijay says that Rudraksh launched Pihu so she is defending him.

Pihu asks Rudraksh to not remain silent. Rudraksh tells Preesha that she is taking the medicines which can erase her memories. Armaan asks him to not lie. Preesha tells Rudraksh that Armaan giving right medicines to her. Rudraksh says that he can prove Armaan wrong.

He searches medicines in the safe but finds nothing except money. Armaan recalls that how he put money in the safe. Preesha asks Rudraksh to stop lying atleast now. Rudraksh tells her that he have the medicines which Armaan used to gave her.

He takes her to the garden. He searches medicines in the pot but finds nothing. Armaan recalls that how he hide those medicines. Preesha says that Rudraksh has been proved wrong again.

In the upcoming episode, Preesha will warn Rudraksh to not come in front of her again. Rudraksh and his gang will leave Armaan’s house. Later, Armaan will say that he and Preesha should go to London.

Pihu will inform Rudraksh that Armaan and Preesha going to London. Armaan will ask Preesha that if she is not happy with his decision. Rudraksh will ask him that what’s the hurry.

What will be Rudraksh’s new plan? Will Preesha agree to go to London?