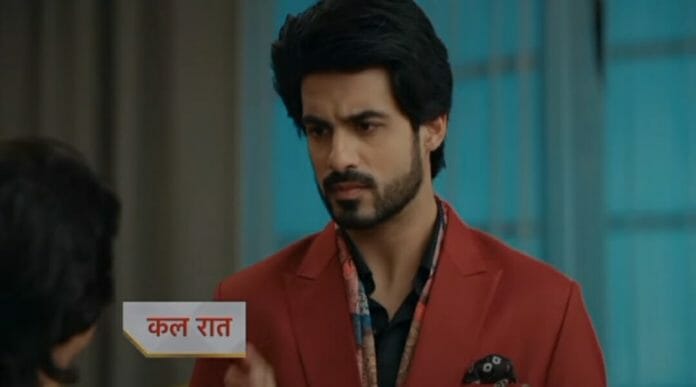 Abrar Qazi and Sargun Kaur Luthra starrer Yeh Hai Chahatein is one of the top Star Plus show because of the interesting storyline. The twists and turns of the show have glued us to the screens. Now, Pihu discloses her plan to Digvijay so it will be intriguing to watch that what going to happen in the future episodes.

In the current track, Saaransh scolds Rudraksh for suspecting Preesha. He asks him to find the real culprit. Rudraksh thinks that Saaransh is right. Other side, Pihu reveals to Digvijay that she is behind everything. She informs him that how she made Rudraksh and Sharda suspect Preesha.

She says that she changed her plan little bit because kidnapper kidnapped Preesha by mistake. She adds that Preesha snatched Vidyut from her so she will snatch Rudraksh from Preesha. Digvijay tells her that he is with her. He says that he wants Preesha to stay with Armaan permanently and take care of Armaan.

She asks him to convince Sharda to hurry the arrangements for marriage. Later, Digvijay talks to Rudraksh and Sharda about hurrying marriage arrangements. He says that he can’t take risk when it’s about Pihu’s life. Sharda and Rudraksh agrees with him.

Ruhi overhears their conversation and she informs about it to Saaransh. She says that they have to make Rudraksh and Preesha remember their love.

In the upcoming episode, Ruhi will ask Saaransh about his plan. Preesha will learn that Rudraksh and Pihu’s marriage rituals starting from today. Chandelier is about to fall on Rudraksh during haldi ceremony.

Will anyone save Rudraksh? What is Saaransh’s plan?