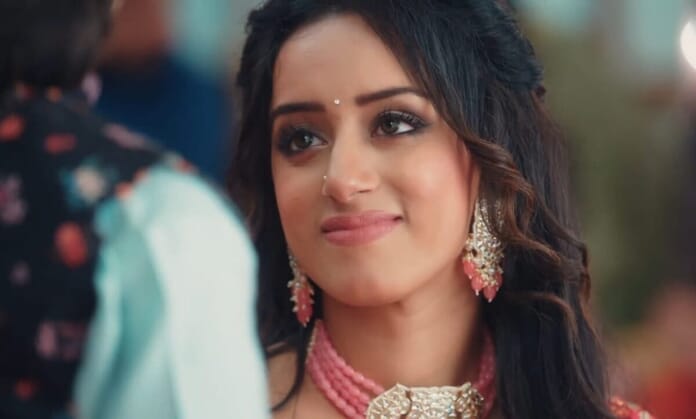 Star Plus show Yeh Hai Chahatein is always on top because of the interesting storyline. The twists and turns of the show have glued us to the screens. Now, Rudraksh disappeared from his sangeet ceremony so it will be intriguing to watch that what going to happen in the future episodes.

In the current episode, Preesha feeds Saaransh. Armaan tells Anvi that Preesha feeding Saaransh so seems like Preesha don’t care about the latter. She tells him that she is sure that Preesha will feed her. Preesha goes to apply Mehndi on her hand. Anvi tells her that she is hungry.

Vasudha tells her that Priya will feed her and Preesha also agrees with her mother which upsets Anvi. Rudraksh tells Anvi that Preesha didn’t eat anything since morning to eat with the latter. Anvi brings Preesha’s favorite dishes and gives it to Rudraksh. He takes her to Preesha and feeds the latter. She asks him to feed Preesha too so he feeds Preesha. Thakur’s gets pissed off seeing that.

After some time, Saaransh tells Preesha that he want to write R in her hand. She gets emotional and gives Mehndi to him and he writes it. Anvi comes there and tells Preesha that she also want to apply Mehndi on her hand. Preesha shows her hand. But Saaransh stops Anvi from applying Mehndi on Preesha’s hand. They starts fighting and Saaransh falls down. Rudraksh notices blood on Saaransh’s head. Preesha scolds Anvi and the latter runs from there. Sania tells Anvi that she will love her because she is her real mother and hugs her.

In the upcoming episode, Preesha will say to Rudraksh that she can’t lose Saaransh again. Rudraksh will get singing offer. Armaan will say to Digvijay that he is behind Rudraksh’s disappearance. Digvijay will say to Preesha that Rudraksh disappeared again without informing her and ask her to rethink about this marriage. He will suggest her to cancel the marriage.

Will Preesha learn about Rudraksh’s singing offer? How Preesha will react now?