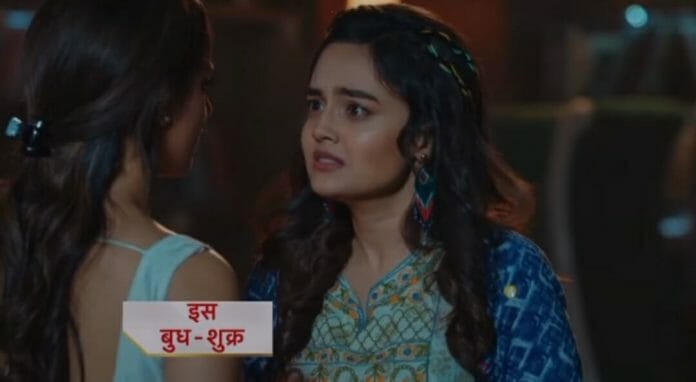 Abrar Qazi and Sargun Kaur Luthra starrer Yeh Hai Chahatein is one of the top Star Plus show because of the interesting storyline. The twists and turns of the show have glued us to the screens. Now, Rudraksh death changes everyone life so it will be intriguing to watch that what going to happen in the future episodes.

In the current track, Vidyut tells Pihu that Mechanic lied. Pihu assures him that she is with him. Digvijay recalls that how he bribed Mechanic to lie about Rudraksh car. Vidyut tells Sharda that he did not kill Rudraksh. Sharda slaps him saying that she was wrong about him. Later, Preesha hallucinates Rudraksh and talks to him.

Sharda makes her realise that the latter talking alone. She wonders that how Preesha going to live without Rudraksh. Next day, Police enters Khurana house and searches Vidyut’s room. They finds a thing. In the court, Preesha’s lawyer submits Vidyut’s dress as proof which has RDX traces.

Judge says that it has been proved that Vidyut killed Rudraksh so Vidyut will be hanged till death. Vidyut screams that he is innocent. Digvijay recalls that how he poured RDX powder on Vidyut’s dress.

He says that Preesha framing Vidyut. Vidyut refuses to believe him. In the jail, Digvijay tells Vidyut to escape if the latter want to live then. Preesha attempts to commit suicide. Sharda and kids stops her.

Is Vidyut really died? What Pihu will do now?