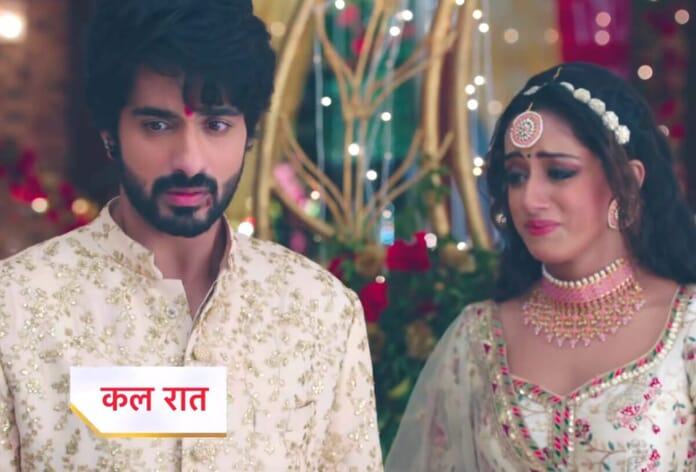 Star Plus show Yeh Hai Chahatein is always on top because of the interesting storyline. The twists and turns of the show have glued us to the screens. Now, Devika is no more so it will be intriguing to watch that what going to happen in the future episodes.

In the current episode, Devika’s friend sees Rudraksh who spiked Devika’s drink in Goa and he decides to confess his feelings to Devika to stop the marriage. Rudraksh hopes that Preesha will stop his marriage with Devika. Vasudha welcomes Rudraksh which surprises Khurana’s.

Armaan tells Preesha that he hates her so much. She apologizes to him and tells him that she can’t hurt him, Devika and Anvi and asks him to convince Devika for this marriage but he refuses and tells her that this marriage won’t happen. She asks him to think about Devika because she loves Rudraksh so much. He tells her that still she and Rudraksh has feelings for each other and he don’t want Rudraksh to hurt Devika and it’s his final decision and warns her to not try to convince Devika.

Sulochana and Sharda learns that Rudraksh and Preesha stayed together for 2 days. Armaan calls off the marriage which shocks everyone. Then they gets to know that Devika committed suicide. Armaan blames Rudraksh for Devika’s death and reveals that they knows that Rudraksh is Preesha’s ex husband. Police comes there for investigation.

In the upcoming episode, Police inspector will ask Thakur’s about Devika’s death. Armaan will tell him that Devika got to know that Rudraksh betrayed her that’s why she committed suicide. Police will arrest both Rudraksh and Preesha. In the Police station, Rudraksh will take the blame on himself. Later, Armaan will reach Police station to take Preesha. Rudraksh will ask him that why he came now. Armaan will tell him that if the latter thought he will leave Preesha so the latter can get her then he is wrong.

Who is responsible for Devika’s death? Why Armaan changed his decision?