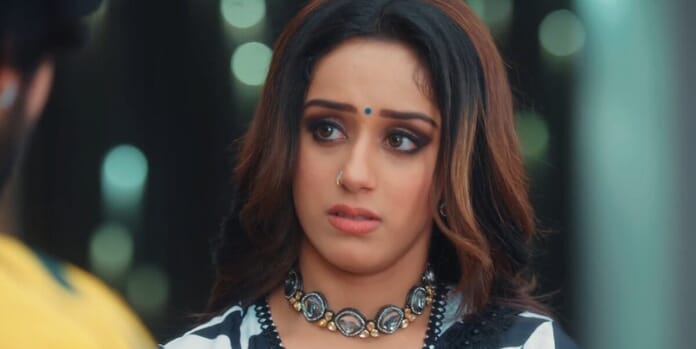 Star Plus show Yeh Hai Chahatein is always on top because of the interesting storyline. The twists and turns of the show have glued us to the screens. Now, Police arrested Preesha in Devika’s murder case so it will be intriguing to watch that what going to happen in the future episodes.

In the current episode, Armaan asks Preesha to not act like innocent in front of him. Rudraksh tells him that Preesha is not acting and asks him to find the murderer of Devika instead of blaming her and they starts fighting with each other. Preesha defends Rudraksh which angers Uncle so he asks her to live with Rudraksh. Gopal gets ready to take Preesha with him.

Anvi stops Preesha saying that she won’t let her go anywhere. Preesha promises her that she won’t go anywhere and hugs her. Rudraksh returns the rent house key to Broker and he sees Ahana, Mishka and asks them that what are they doing in India when they should be in London now. Ahana lies to him that Krishna isn’t well so she postponed the trip and recalls that how her Lawyer informed her that he need more time to finish her work.

Rudraksh reaches Thakur mansion to return Preesha’s stuff. Police inspector arrives there and reveals that evidence proves that it’s Preesha who murdered Devika. Rudraksh defends Preesha. Armaan tells Police inspector that Preesha didn’t met Devika so the latter misunderstood. Preesha accepts that she met Devika and she even convinced her but Devika refused to marry Rudraksh and asked water so she left the room and when she returned everything finished.

In the upcoming episode, Police will arrest Preesha saying that they have evidence against her. Rudraksh will tell Preesha that he knows that she didn’t murder Devika. Later, he will inform Bunty that he need to find out Devika’s murderer to prove Preesha’s innocence.

Will Rudraksh be able to prove Preesha’s innocence? Will Armaan believe Preesha?