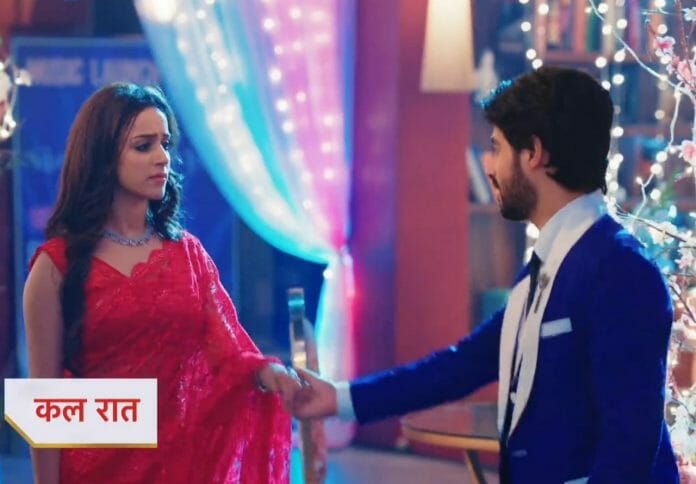 Abrar Qazi and Sargun Kaur Luthra starrer Yeh Hai Chahatein is one of the top Star Plus show because of the interesting storyline. The twists and turns of the show have glued us to the screens. Now, Pihu agrees to help Rudraksh so it will be intriguing to watch that what going to happen in the future episodes.

In the current track, Rudraksh informs Pihu that what Doctor said about Preesha’s memory loss. He says that he has to save Preesha from Armaan. He reveals that how he replaced the medicine. Pihu tells him that her heart want to believe him but how can she ignore the truth which is in front of her already.

She asks him to prove his truth. He says that he needs her help for that. She agrees to help him for Preesha’s sake. He says that they should recreate the anniversary party. He reveals that K music company wants Raj and Pihu to sing in their next music album.

He asks her to bring Preesha to launch party. Pihu says that it’s about her career so her family won’t oppose. Next day, Raj calls Pihu and invites her to the launch party which is going to happen at Khurana house. Pihu convinces Preesha to accompany her.

Rudraksh thinks that this time Preesha will feel her husband’s love. After some time, Pihu gives red saree to Preesha. Preesha recalls that how Rudraksh gifted red saree for their marriage anniversary.

In the upcoming episode, Pihu will inform Digvijay about launch party. Armaan will tell Digvijay to go to the party and make sure that Rudraksh stay away from Preesha. In the party, Rudraksh will sing “Will you marry me song”. He will tell Preesha that he love her. She will reply that she also love him. Digvijay will see everything.

Will Pihu see Digvijay there? What Preesha will do next?