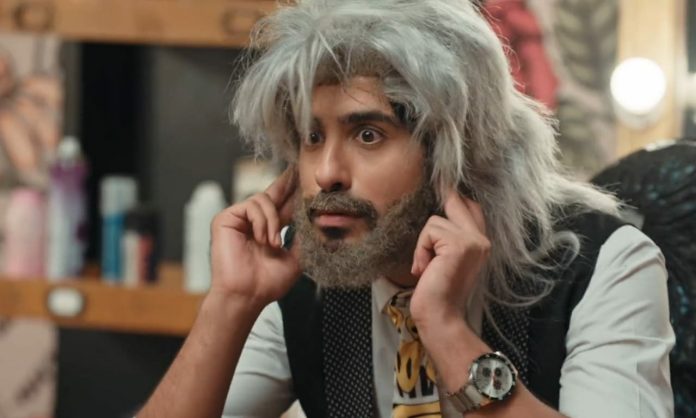 Abrar Qazi and Sargun Kaur Luthra starrer Yeh Hai Chahatein is one of the top Star Plus show because of the interesting storyline. The twists and turns of the show have glued us to the screens. Now, Preesha removes Rudraksh’s fake beard so it will be intriguing to watch that what going to happen in the future episodes.

In the current track, Preesha and Kanchan gets shocked seeing rashes on Pihu’s face. Pihu tells them she used a new cream and it happened.

Preesha tells her that it’s just an allergy so she will give medicine. Pihu says that she has to attend a friend’s party tonight but that’s not possible now. Kanchan tells her that they can hide the rashes with make-up. She takes them to MK make-up studio.

Preesha enters MK make-up studio with Kanchan and Pihu. Kanchan explains the issue to MK. He hides Pihu’s rashes with make-up. Armaan calls Preesha and tells her that he will be waiting in the parking for them.

Rudraksh hides in the washroom seeing Preesha. He calls Vanshika and tells her about Preesha. Vanshika calls MK and learns that Rudraksh can escape through washroom window and she informs about it to Rudraksh. Preesha goes to washroom. MK tries to stop her but she opens the washroom door.

In the upcoming episode, Rudraksh will spot Armaan outside MK make-up studio and he will try to escape from him. Armaan will call him. Later, Preesha will remove Rudraksh’s fake beard and she will ask him that what is he doing there.