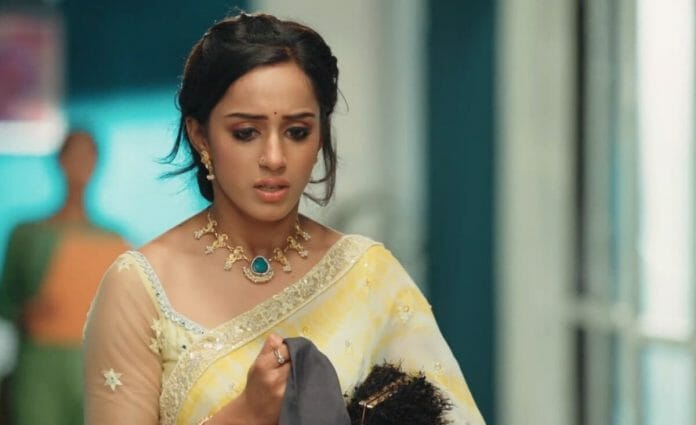 Abrar Qazi and Sargun Kaur Luthra starrer Yeh Hai Chahatein is one of the top Star Plus show because of the interesting storyline. The twists and turns of the show have glued us to the screens. Preesha learns that Rakesh is involved in Dev’s murder so it will be intriguing to watch that what going to happen in the future episodes.

In the current track, Revati shows the button which have been found in Dev’s hand. Preesha tells her that, that button don’t belongs to Rudraksh. But Revati refuses to believe her. Police takes Rudraksh from there. Preesha tells herself that she will find out Dev’s murderer. Other side, Rakesh tells Nalini that now no will learn about their affair and no will suspect him in Dev’s murder case too. Next day, Revati receives fingerprints report and learns that they could not find about murderer. Rakesh gets shocked seeing Nalini in his house. She informs him that she is pregnant. And he asks her to abort the child which shocks her. She threatens to expose him so he gives money to her and throws her out of the house. Preesha asks God to help her to find Dev’s murderer. She finds Nalini crying outside the temple. She learns that Nalini is single but pregnant and the father refused to accept the child. Nalini is about to tell Rakesh’s name but a truck hits her. Preesha admits Nalini in the hospital and gives statement to police about an accident. She notices Nalini’s jacket and realises that Nalini’s jacket button is similar to the one which is found in Dev’s hand. She informs everything to Rudraksh. She tells him that he has her support and goes to find Nalini’s purse.

In the upcoming episode, Preesha questions truck driver. Rakesh learns that Nalini is dead. He tries to steal the proof which can prove that he is the father of Nalini’s child. Preesha tells him that she knows that he will come there.