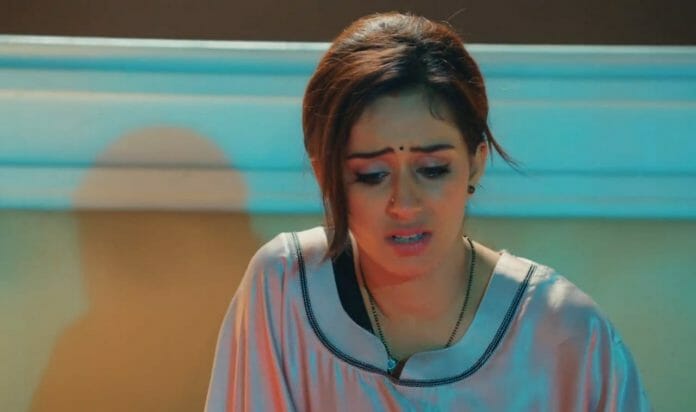 Abrar Qazi and Sargun Kaur Luthra starrer Yeh Hai Chahatein is one of the top Star Plus show because of the interesting storyline. The twists and turns of the show have glued us to the screens. Now, Armaan gets succeed in exposing Rudraksh so it will be intriguing to watch that what going to happen in the future episodes.

In the current track, Preesha feels guilty for her behaving like that with Rudraksh. She shares her feelings to Pihu. Pihu asks her to not think too much because the latter did nothing wrong. She makes Rudraksh hear their conversation through phone call.

Rudraksh thanks Pihu. She tells him that she is doing this for Preesha. Next day, Armaan enters the house. He distributes sweets to Prem and his gang. He asks Prem that if the latter is happy with his release. Prem tells him that he is very happy.

Armaan asks him that how is that possible when it’s the latter who sent him to jail. He removes Prem’s fake beard and fake wig. Preesha gets shocked seeing Rudraksh. He tells Preesha that Rudraksh crossed all the limits by deceiving them. He says that Rudraksh took advantage of Preesha’s sweet nature.

Preesha slaps Rudraksh. She lashes out at him. Kanchan says that Armaan was right since beginning. Armaan recalls that how he learnt from Digvijay that Preesha said ”I love you” to Rudraksh in the launch party. He confirms that Rudraksh had replaced the medicine.

In the upcoming episode, Pihu will ask Rudraksh to tell the truth. Preesha will say that truth is in front of them already. Rudraksh will tell her that she is taking the medicines which can erase her memories. Pihu will give Rudraksh’s love letters to Preesha. Later, Armaan will burn those letters. Preesha will tell him that she felt like Rudraksh really loved her.

What Armaan will say to Preesha? Will Preesha believe Rudraksh?