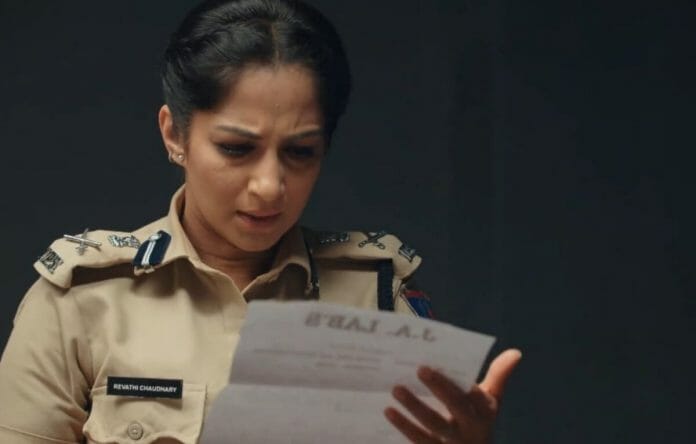 Abrar Qazi and Sargun Kaur Luthra starrer Yeh Hai Chahatein is one of the top Star Plus show because of the interesting storyline. The twists and turns of the show have glued us to the screens. Ruhi tells the truth to Revati. And forensic report says that Dev died because someone strangled him so it will be intriguing to watch that what going to happen in the future episodes.

In the current track, Revati takes Ruhi alone and questions her. Ruhi tells her everything which happened in the terrace that night. Meanwhile, Rudraksh learns that Ruhi is with Revati and gets worried. Preesha clicks Rudraksh’s picture and shows it to Media reporters. She tells them that police don’t have any proof against Rudraksh still they arrested him in Dev’s murder case and Revati is behind all this. She adds that police even arrested her kids and torturing them. Constable tells Revati that her higher officer calling her. Revati goes to her higher officer’s cabin. He shows Preesha’s interview to her. She tells him that Preesha doing this to save Rudraksh who killed Dev. He asks her that if she has any proof to prove her claims. She tells him that she can make Khuranas confess the truth.

Revati takes Ruhi to Khuranas and informs them that Ruhi told everything. Rudraksh tells her that Dev stepped on the marbles and fell from the terrace so it was an accident and he tried to save Dev but failed. Police inspector gives forensic report to Revati and says that Dev died because someone strangled his neck which shocks everyone. Revati asks Forensic officer to find fingerprints. She says that it’s Rudraksh who strangled Dev’s neck. She adds that Rudraksh’s confession makes him as prime suspect in this case so she is arresting him.

In the upcoming episode, Rakesh will get shocked seeing one girl. Other side, Revati will tell Preesha that Rudraksh will end up in jail for sure. Police officer will give fingerprints report to Revati.

Who is that girl? Who strangled Dev?