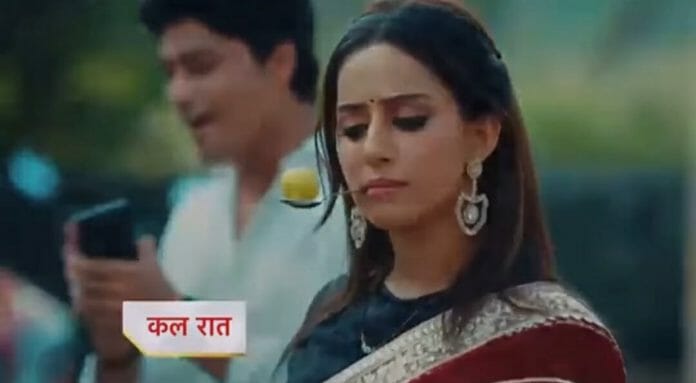 Abrar Qazi and Sargun Kaur Luthra starrer Yeh Hai Chahatein is one of the top Star Plus show because of the interesting storyline. The twists and turns of the show have glued us to the screens. Now, Kids executes their plan to separate Pihu and Rudraksh so it will be intriguing to watch that what going to happen in the future episodes.

In the current track, Ruhi sees Armaan tying shoe laces properly and she informs about it to Preesha. She says that Armaan acting like a kid. Preesha tells her that she taught Armaan to tie shoe laces. Ruhi and Armaan complains to Preesha about each other. Later, Kids goes to Pihu and asks her that what she said to Preesha in the court. Pihu lies to them.

Kids understands that Pihu is lying and they plans to separate Rudraksh and Pihu. Ruhi sends Preesha to Rudraksh room lying that Pihu waiting for her. Then she sends Pihu to Rudraksh room. Saaransh locks Rudraksh in his bathroom. Preesha opens the door. Rudraksh blames her.

Will Pihu do anything? Will Rudraksh and Preesha get closer due to kids?