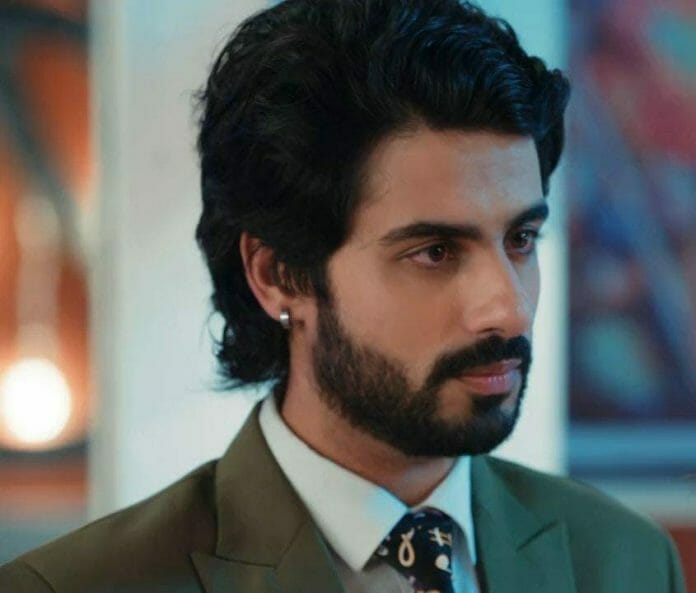 Abrar Qazi and Sargun Kaur Luthra starrer Yeh Hai Chahatein is one of the top Star Plus show because of the interesting storyline. The twists and turns of the show have glued us to the screens. Now, Kanchan fires Prem from the job so it will be intriguing to watch that what going to happen in the future episodes.

In the current track, Doctor examines Raj. He says that Raj lost his voice because he ate Or drank something. Vidyut tells Rudraksh that Kanchan gave green tea to Raj before the competition. He says that it’s Kanchan and Pihu’s game. Rudraksh asks him that why Pihu will do that when she is in the competition with Raj.

Vidyut tells him that to take revenge on him. He says that big music companies wanted to know about Raj because Raj is Rudraksh’s student and now Rudraksh image got damaged. Pihu asks him to stop his nonsense.

Armaan asks Vidyut to stop accusing Thakurs. Kanchan says that she did nothing. Vidyut says that Thakur family is wicked family. Armaan loses his cool and he tries to attack him. Preesha tells him that there is no point in fighting. Thakurs leaves from there.

Vidyut tells Rudraksh that Armaan would have mixed something in the green tea. He recalls that how he mixed some powder in Raj’s green tea. He thinks that he took his revenge by humiliating Raj. Rudraksh tells Raj that the latter’s voice will come.

Kanchan notices that her plant is dead. She gets angry at Prem and she goes to outhouse. Ruhi lies to her that Prem went to buy fertilizers. She goes to washroom and she informs Rudraksh everything. Digvijay tells Armaan that the latter attacked Rudraksh’s reputation using Raj.

In the upcoming episode, Kanchan will tell Prem, he let plant die. She will say that she don’t want an irresponsible gardener in her house. She will ask him to pack his bag and leave from there. Later, Armaan will find out  Rudraksh ordered the same plants as Kanchan.