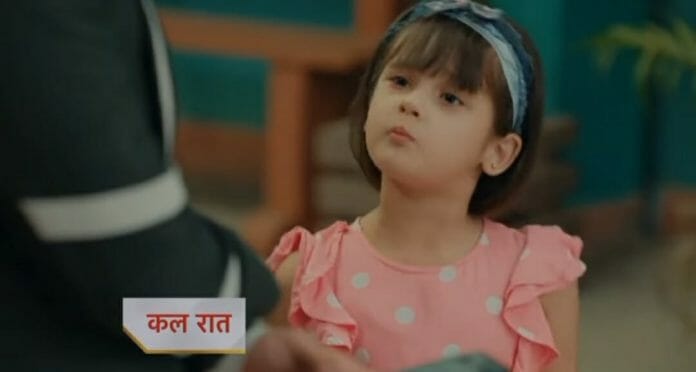 Abrar Qazi and Sargun Kaur Luthra starrer Yeh Hai Chahatein is one of the top Star Plus show because of the interesting storyline. The twists and turns of the show have glued us to the screens. Now, Pihu and Armaan join hands to separate Rudraksh and Preesha so it will be intriguing to watch that what going to happen in the future episodes.

In the current track, Rudraksh informs his kids that he did not marry Pihu because he love Preesha. He recalls that how he refused to marry Pihu and took decision of giving his name to Pihu and Vidyut’s child without marriage. Pihu tries to convince him for marriage but fails. He tells her that he still love Preesha and Preesha must have a reason to stay with Armaan because love is everything for Preesha not money.

He comes to reality and he tells his kids that they have to save Preesha from Armaan. He retrieve the video with one guy’s help. He gets angry seeing that video and returns home. Ruhi runs to show the video to Preesha but Pihu collides with her. Ruhi drops the phone and it gets broken. Rudraksh takes kids from there.

Armaan thanks Pihu for helping him. Pihu tells him that their goal is same which is separating Rudraksh and Preesha that’s why she is helping him. She recalls that how she caught him red-handed when he talked to himself like a normal person. She assures him saying that now they don’t have any proof against him.

In the upcoming episode, Rudraksh to plan to celebrate Ruhi’s birthday again. Armaan will tell Preesha that he also want to attend the party. Preesha will notice that Armaan’s life in danger.

What Preesha will do now? What is Rudraksh’s plan?